Pixalate, together with Xumo, recently hosted a webinar to take an in-depth look at the latest trends in the Connected TV (CTV) open programmatic ad supply chain.

Pixalate's data science team analyzed over 60,000 CTV apps in H1 2021 across major app stores, including Roku, Amazon Fire TV, and Samsung, to compile the research reviewed in the webinar. 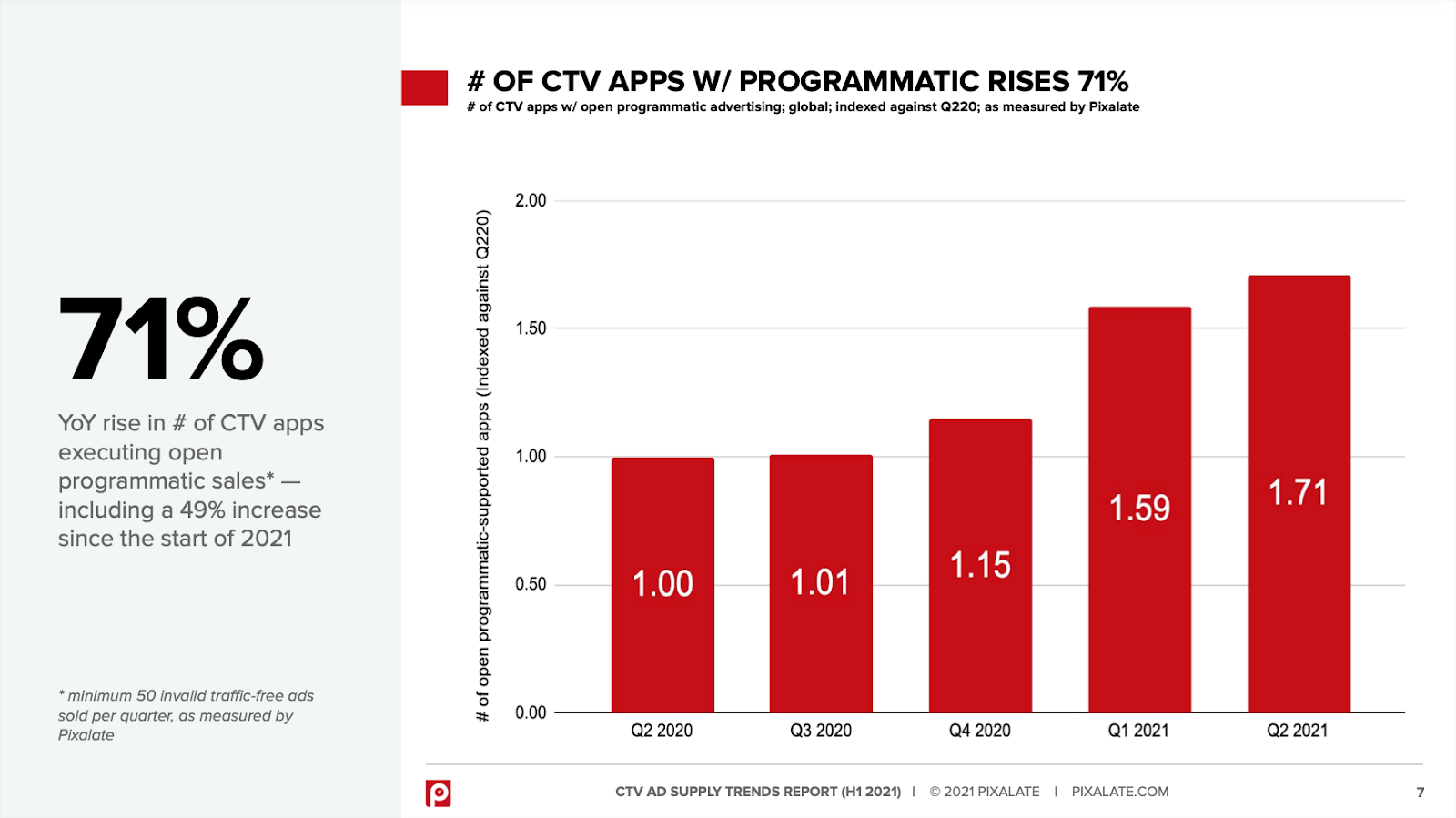 Pixalate has also observed a significant rise in the number of apps supporting open programmatic advertising on the Roku and Amazon app stores. For example, on Roku's platform, the number of apps with programmatic inventory increased by 49% YoY. For Amazon Fire TV, this rate reached 30%. Moreover, with Samsung launching its own DSP for CTV advertising, the CTV ad game has become even more compelling.

Roku, meanwhile, continues to be the device of choice. According to Pixalate’s data, 45% of all open programmatic CTV ads are delivered on Roku devices in H1 2021. 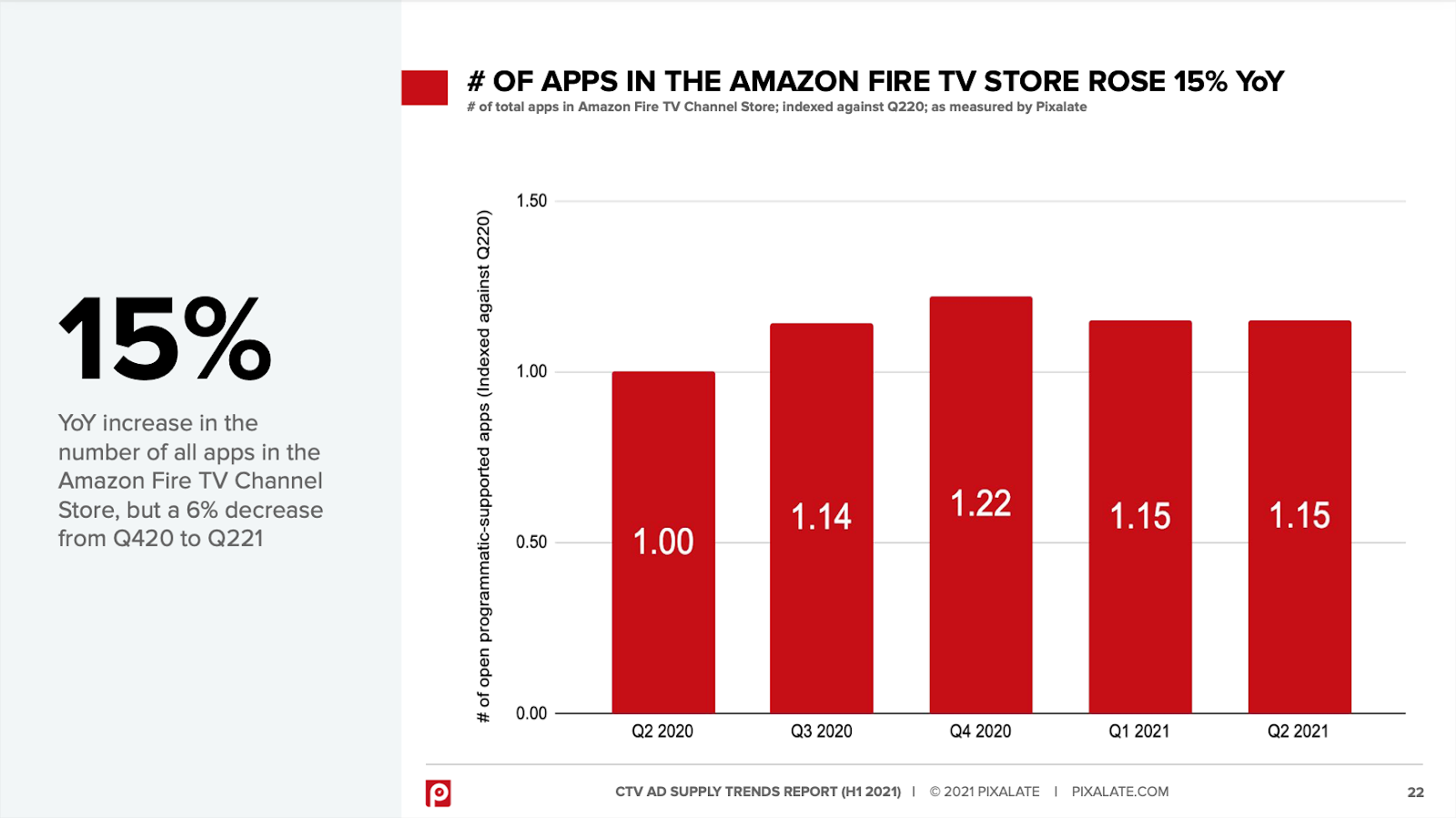 According to Pixalate's analysis, the ad fraud level decreased in 2021 compared to the previous year. However, there is a difficult test upcoming: the holiday season. Nevertheless, the ad fraud rates in Q1 and Q2 2021 were lower than a year before, which is a promising prognosis.

According to Joseph Lerner, Sr. Director of Sales at XUMO, all CTV ad supply chain participants are responsible for maintaining quality and safe access to open programmatic advertising. Both publishers and advertisers should focus on trading inventory that is reliable, quality, and proven by independent entities.

"I think another way is to set up direct connections. So to set up PMPs or programmatic guaranteed deals … with the supply partners you're accessing supply from," explained Lerner. "This way, you know exactly where it's coming from, from whom it's coming from and how it's getting to you."

It is also essential to know suppliers well and rely only on those who were checked thoroughly, ideally by MRC-accredited measurement companies. By cooperating only with trusted partners , the industry can lower ad fraud rates more. Industry standards such as ads.txt and sellers.json can make this task significantly easier for all sides.

Samsung and Roku Battle for CTV Leadership in LATAM

Q&A with Aitor Ruiz, Tappx on Maintaining Quality in the Open Programmatic Marketplace