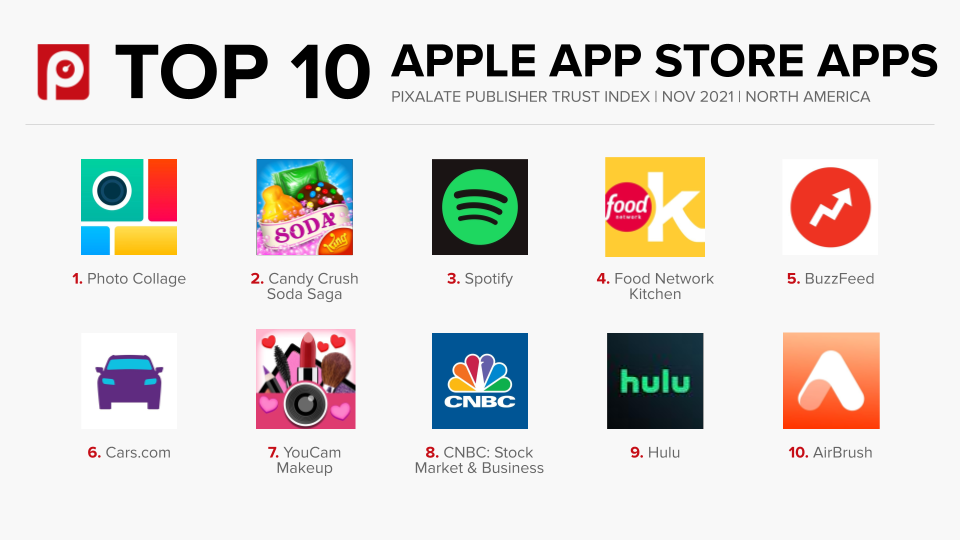 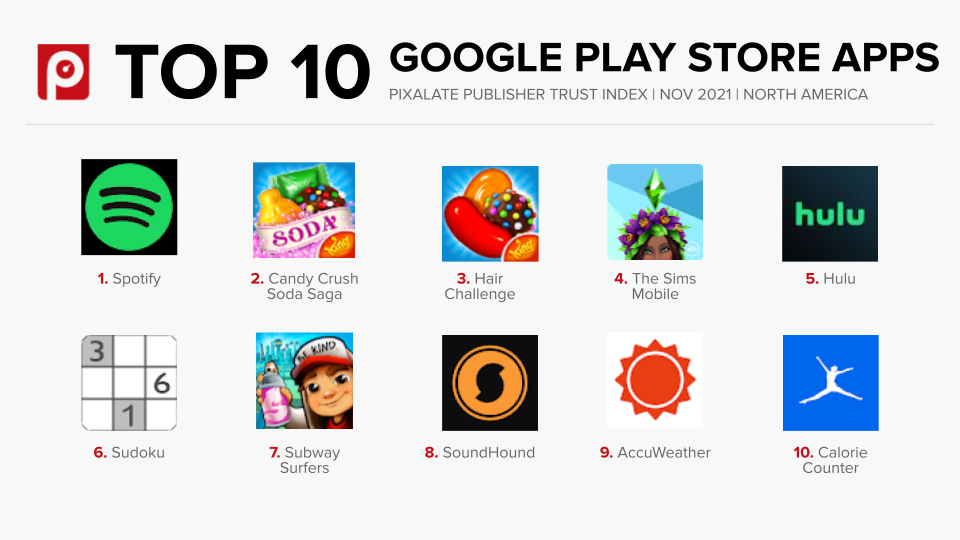 The status quo was maintained in the mobile Publisher Trust Indexes in North America in November 2021. Spotify remained at the top of the Google Play Store ranking, while Photo Collage led the Apple App Store classification for the second consecutive month.

After dethroning MyRadar in October, Spotify remained at the top of Google Play Store ranking of the best quality apps for advertisers. Spotify achieved it by a versatile and robust performance across all measured metrics, including the highest possible result of 99 in the Permission Score category. It is the only app from the top 20 of Google Play Store ranking, reaching this mark. What’s worth noting, Spotify also took the third position in the Apple App Store ranking.

Also, in the Apple Publisher Trust Index, the leader remained the same as in the previous month. Photo Collage achieved that by excelling across all metrics and obtaining the highest mark (“A”) in all categories. The app also indicated low risk in all Description Brand Safety metrics.

King’s games with a strong performance across both mobile rankings