From all delisted Google Play Store apps in the first half of 2021: 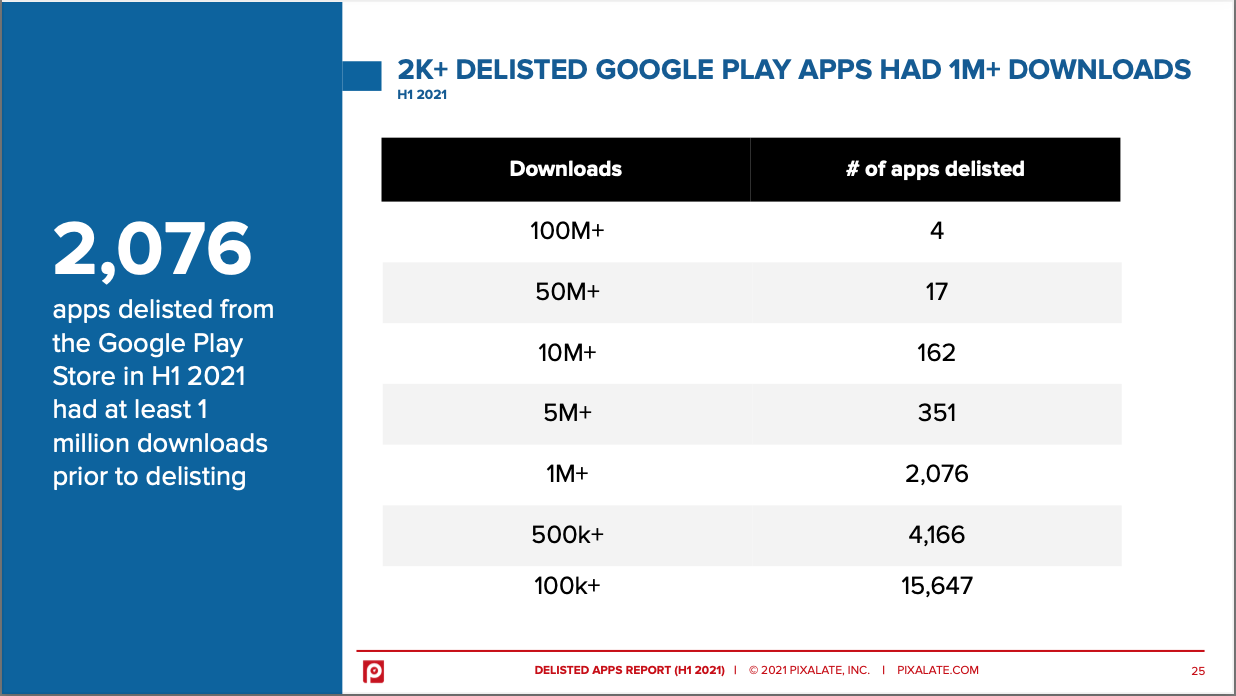 The most popular app delisted in the first half of 2021 was Cloud Print, the only app exceeding one billion downloads. Cloud Print was followed by Google Japanese Input and Google PDF Viewer. Interestingly, all the top three apps were developed by Google LLC. Moreover, two other apps making the top 5 were also produced by well-known and publicly traded companies. 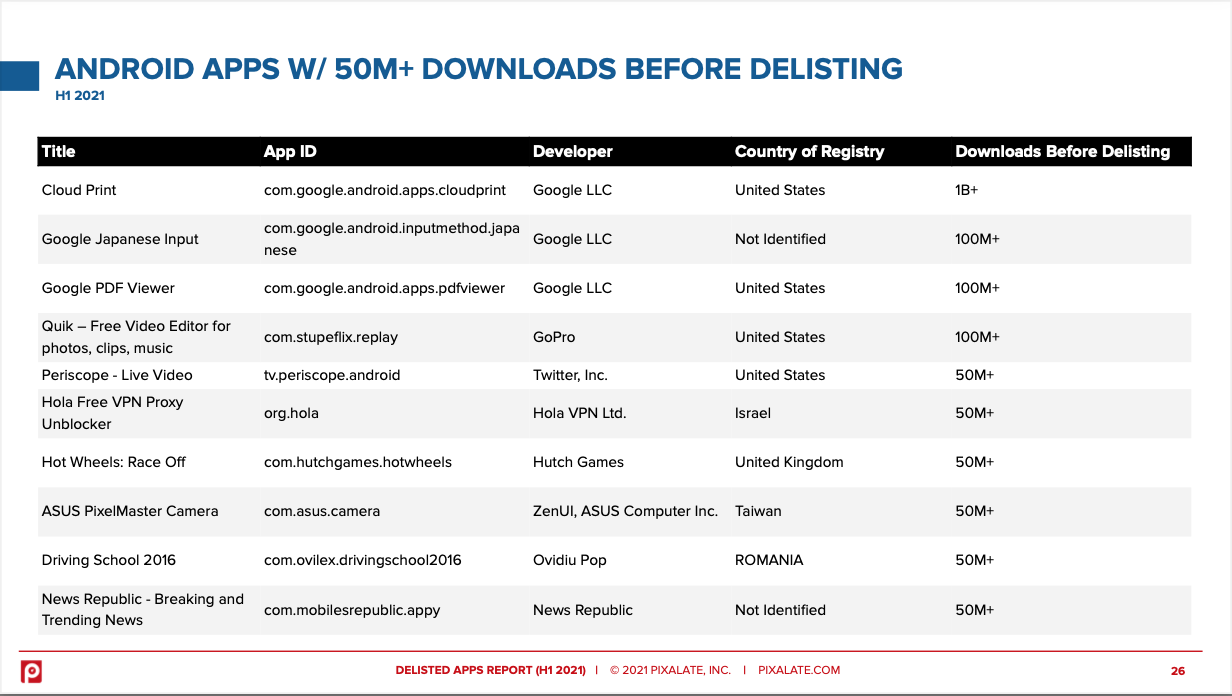 The reasons to delist apps are not necessarily nefarious. For example, the developer can decide that the app does not meet their requirements and wants to improve or replace it with a new app. However, Pixalate identified potential factors that might have influenced Google’s decisions to delist apps, including lack of Terms and Conditions or Privacy Policy.

You can find all potential reasons and much more insights about delisted mobile apps in Pixalate’s report. Download it today here for free!