Each day, thousands of apps disappear from the Google Play Store and Apple App Store for various reasons, both practical and malicious.

For example, the app could be delisted by the developer, who decided that the user should no longer download the app for some reason. However, Google and Apple can also take action to delist apps which are dangerous, fraudulent, or do not meet privacy requirements, among other reasons.

The scale of delisted apps is significant 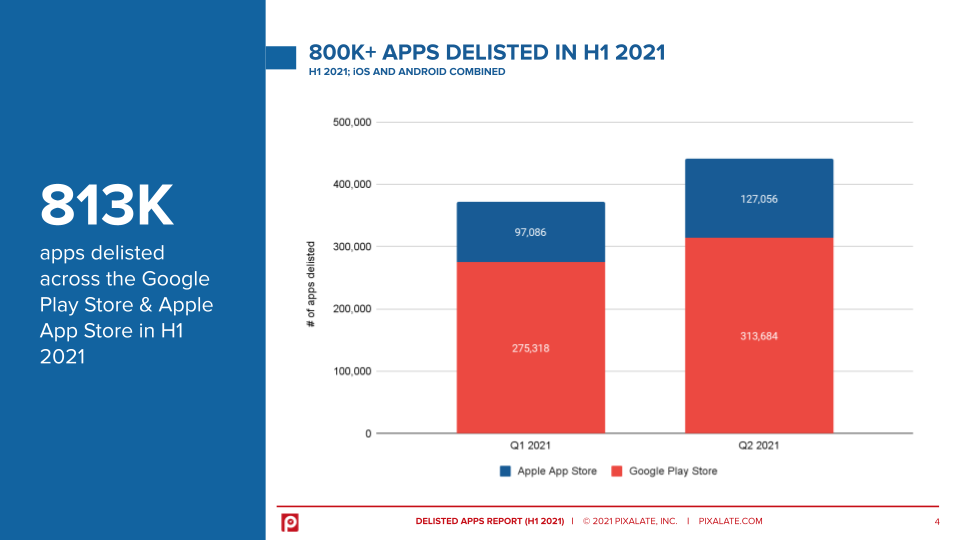 Delisted apps are not always niche. For example, Android apps delisted in H1 2021 were downloaded 9.3 billion times prior to delisting. Meanwhile, iOS apps had more than 20 million user ratings before delisting.

Why are mobile apps being delisted?

As mentioned above, there could be many reasons for an app to be delisted from an app store, and that information is not generally publicly available. Pixalate is neither asserting nor assigning a reason for any delisting action. However, we have analyzed the delisted apps for potential patterns. Here’s what we found::

Gray Television again with the most quality CTV apps for advertisers among public companies: September 2021 update