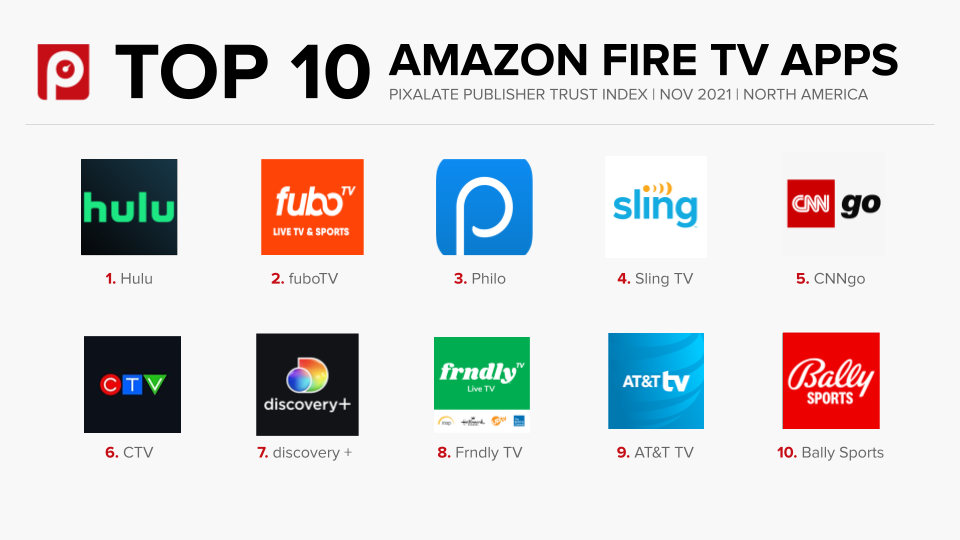 Hulu remained at the top of both Roku and Amazon Fire TV Publisher Trust Indexes in November in North America. For the third month in a row, Hulu placed itself at the No. 1 position by excellent marks across all measured metrics. Moreover, along with leading the quality rankings, the app was also the No. 1 in estimated grossing rankings. According to Pixalate's analysis, the estimated monthly programmatic ad spend on Hulu was $95M and $29M for Roku and Amazon Fire TV platforms, respectively.

fuboTV also had a good month and obtained the runner-up position in the Amazon Fire TV classification. The app performed exceptionally well in the Popularity, Ad Density, and Engagement metrics. Moreover, fuboTV maintained low risks across a range of potential ad fraud metrics, including spoofing and advertising IVT, along with a significant monthly reach estimated at 5 million unique users per month.