Almost all “dangerous permissions” with potentially significant privacy implications requested by apps from the Google Play Store have become more common in 2021. However, the spike of apps requesting access to the device’s Microphone (for Audio Recording) and device’s Camera are particularly noteworthy. 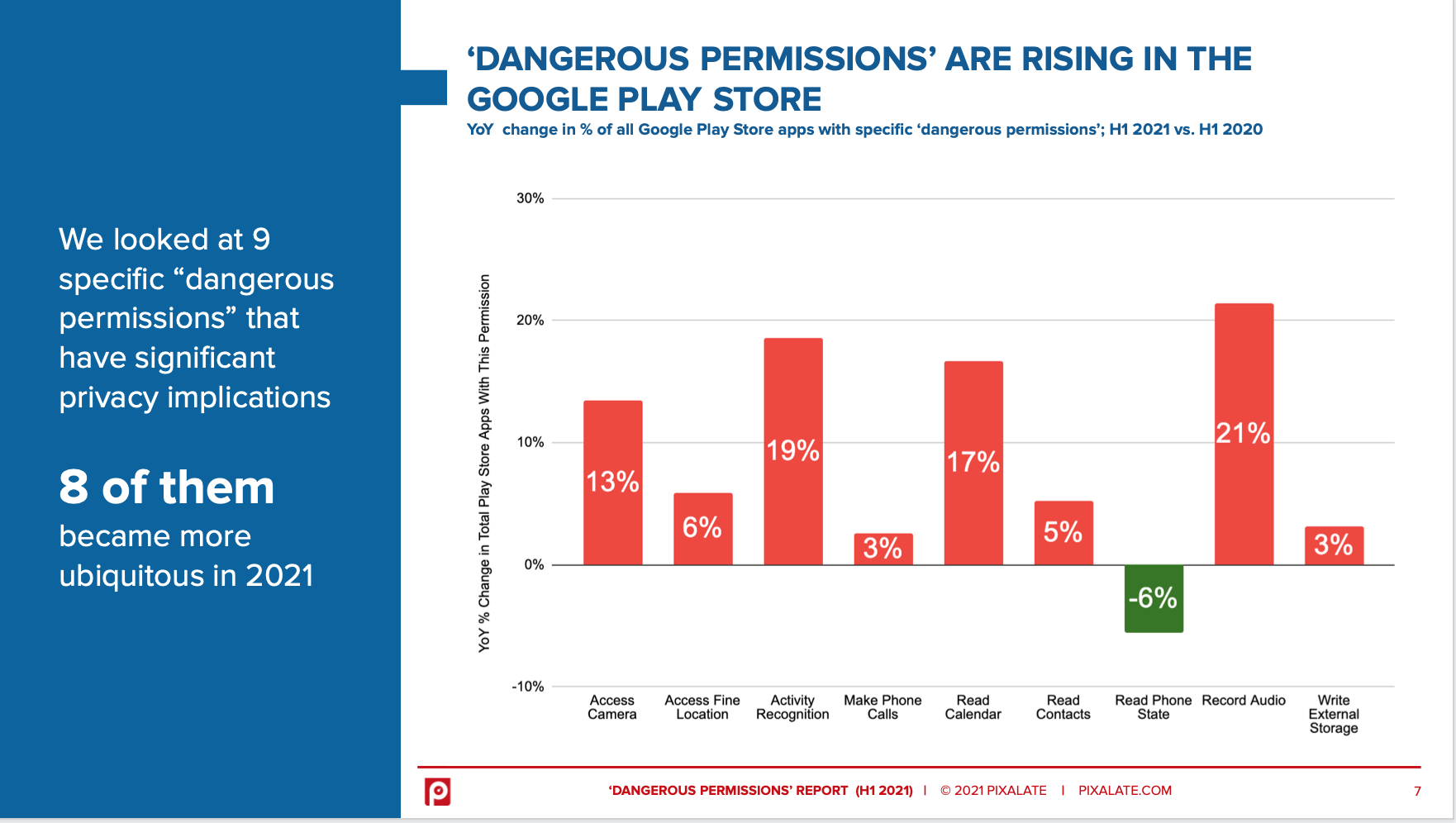 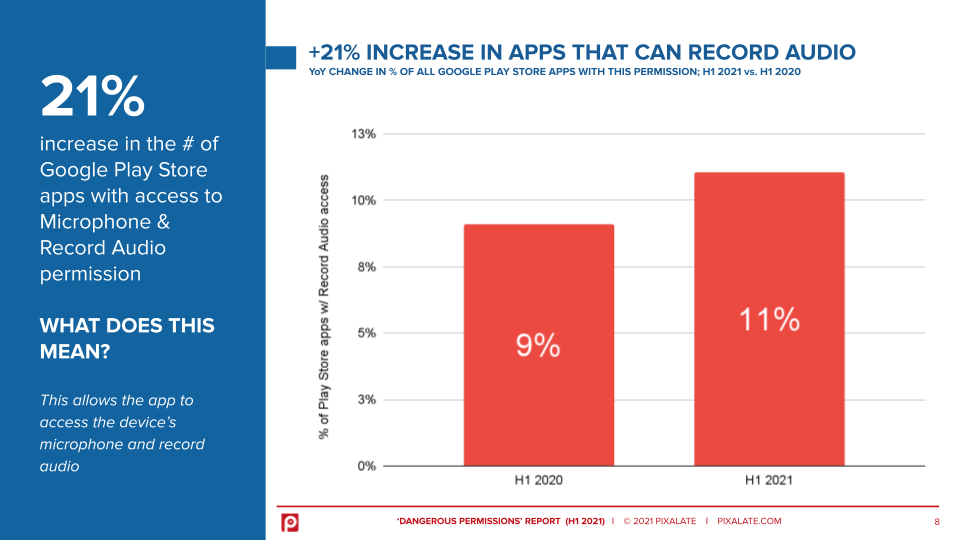 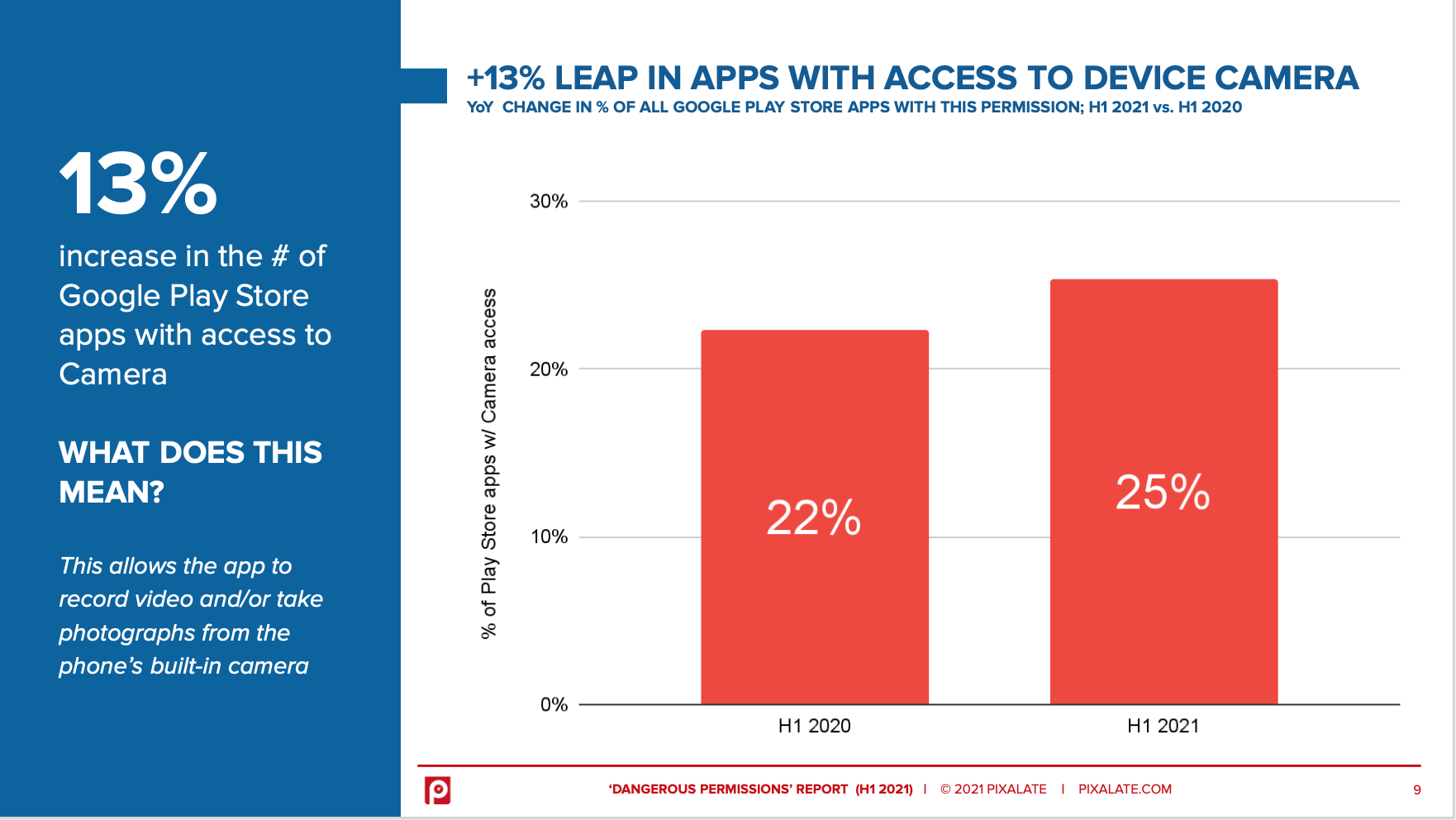 Pixalate will continue to monitor “dangerous permissions” among apps in the Google Play Store and report on the latest trends.

To learn more about dangerous permissions in Google Play Store and current trends in the field, download the H1 2021 Mobile App ‘Dangerous Permissions’ Report for free.

You can also watch our webinar on October 7, 2021, we will review this data - and other data about risk factors in the mobile in-app ecosystem — in greater detail.