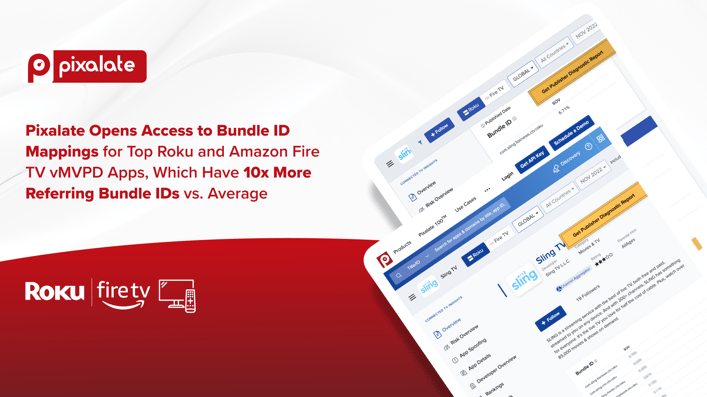 In this new report, Pixalate is expanding on its initial Bundle ID research by digging deeper into the app category most impacted by Bundle ID sprawl: Virtual MultiChannel Video Programming Distributor (vMVPD) apps. 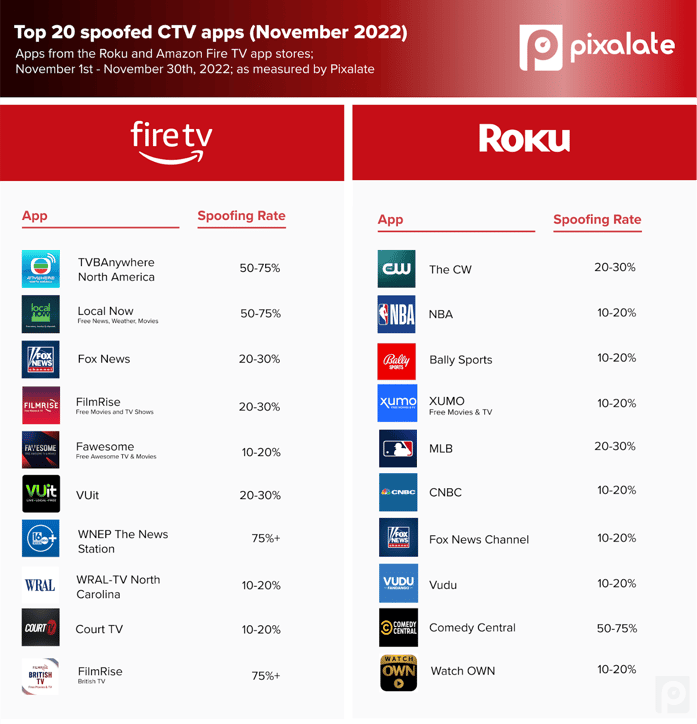 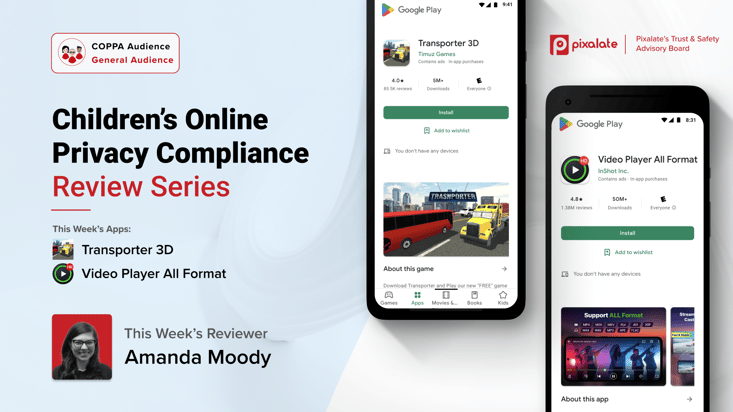 Pixalate continued its Mobile App Manual Reviews According to COPPA series, containing the detailed factors the Trust & Safety Advisory Board educators used to assess an app’s child-directedness. This week we reviewed Google Play apps Transporter 3D and Video Player All Format. Our reviewer discusses how the subjective factors set forth in the COPPA Rule apply to each app and factor into the reviewer's determination as to whether the app is child-directed or general audience (i.e., it is not targeting children). Read the full review here. 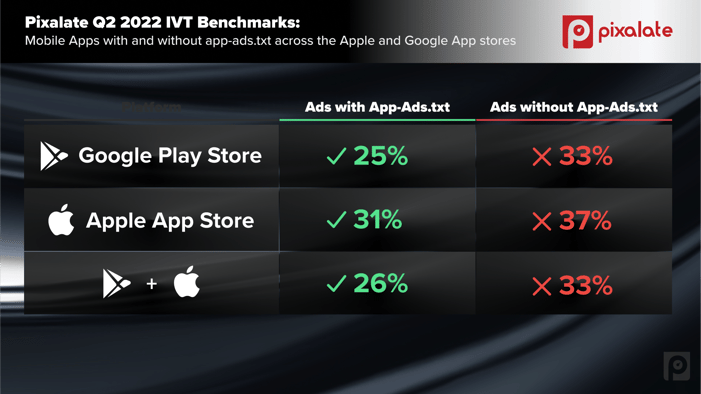 Pixalate published the Q2 2022 Invalid Traffic (IVT) Benchmarks report last month, describing IVT distribution in programmatic advertising impressions. It covered a wide variety of data points, so we decided we would break it down further and highlight some interesting topics.

Conducting a comparison of mobile apps with app-ads.txt and apps without app-ads.txt across the Apple and Google App stores, we found the Q2 2022 average IVT rates across both mobile app stores was 28%, with iOS at 32% and Android at 26%. 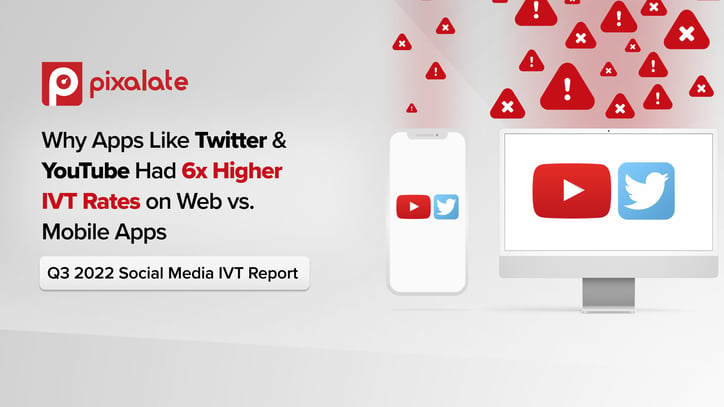