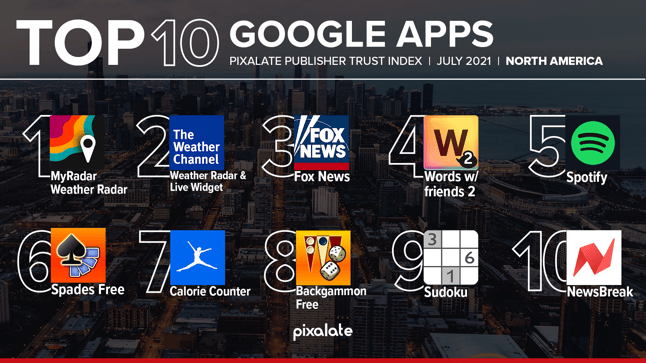 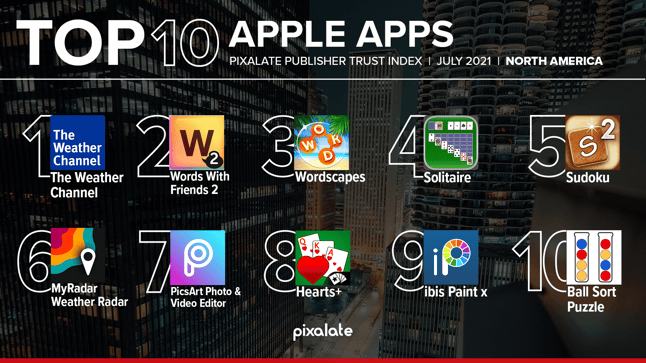 In July, The Weather Channel and MyRadar remained at the top of the Pixalate Publisher Trust Index for the Apple App Store and Google Play Store, respectively.

The Weather Channel, the leader of the Apple App Store ranking in July, has been atop the rankings for four straight months now. The Weather Channel achieved the top spot by a versatile performance across all measured metrics, including the highest possible score of 99 in Viewability and Brand Safety. Also, the app's Invalid Traffic (IVT) score was 92 - an “A” grade.

MyRadar remained at the top of Google Play Store classification for the second month in a row after dethroning The Weather Channel in June. MyRadar performed well across all metrics, including remarkable results in Permission (95), Ads.txt (92), and Brand Safety (99).

There are more quality mobile apps in the Publisher Trust Index

It is also worth mentioning that Words with Friends 2 and The Weather Channel are the only apps achieving the highest mark ("A") in all measured metrics in both mobile classifications.

Find more information about all apps classified in the Publisher Trust Index here for free.