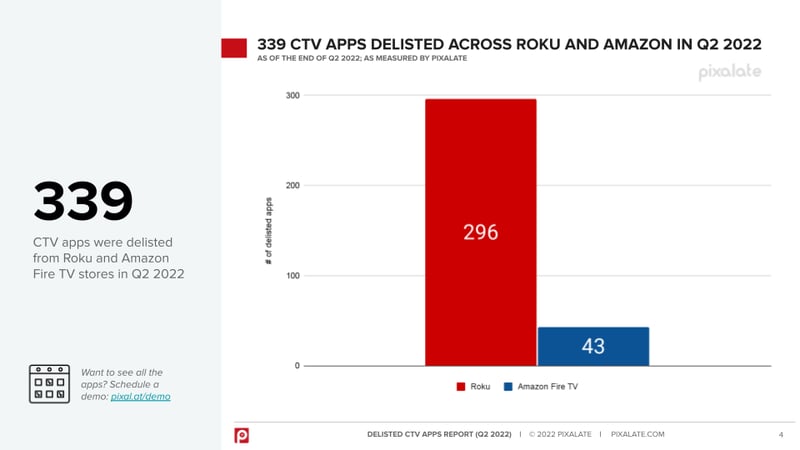 According to Pixalate’s data, 339 CTV apps were delisted over Q2 2022 across the Roku and Amazon Fire TV app stores. The majority of them, (296, or 87%), were delisted from the Roku Channel Store.

Roku, Amazon account for nearly 60% of the CTV device market in North America

Apps can be delisted for a variety of reasons, and Pixalate is neither asserting nor assigning a reason for any delisting action. Additionally, the initiator of the delisting is not generally publicly-available information, so it is often not possible to know whether the removal was triggered by the app store or the developer. Pixalate is sharing this data not to impugn the standing or reputation of any entity, person or app, but, instead, to report facts as they pertain to delisted Roku and Amazon Fire TV apps.

*Programmatic ad sales, as measured by Pixalate, are used as a proxy for ad spend.