Download the top 100 delisted CTV apps here for free. (Schedule a Demo with Pixalate to see how you can get the full list.) 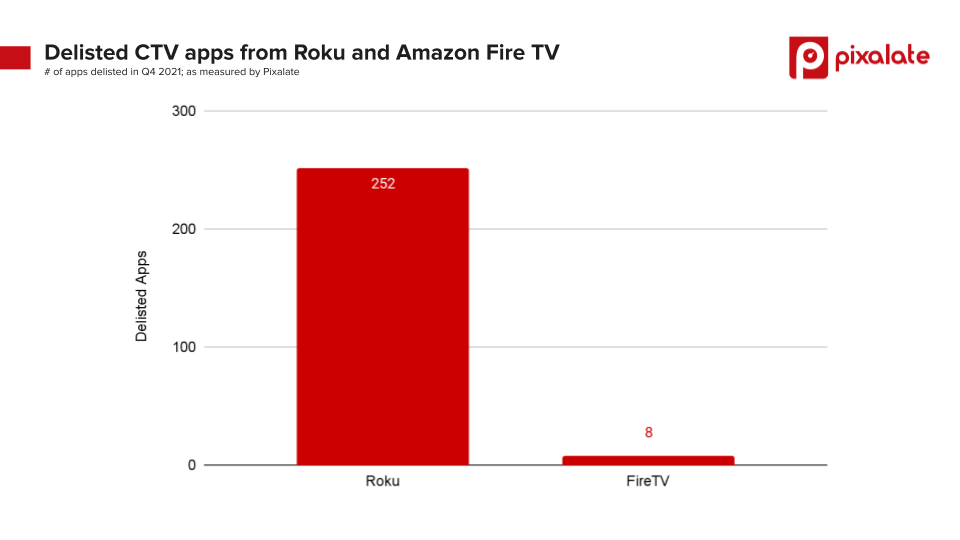 According to Pixalate’s data, 260 CTV apps were delisted over Q4 2021 across Roku and Amazon Fire TV app stores. The vast majority of them, 93%, were delisted from the Roku Channel Store.

The top 5 delisted Roku apps, based on user ratings, had over 76,000 combined user ratings prior to delisting. These were: Now, Cinépolis KLIC, CW Seed, Paramount Plus, and UKTV Play. They accounted for more than 62% of all user ratings among apps delisted during the quarter. 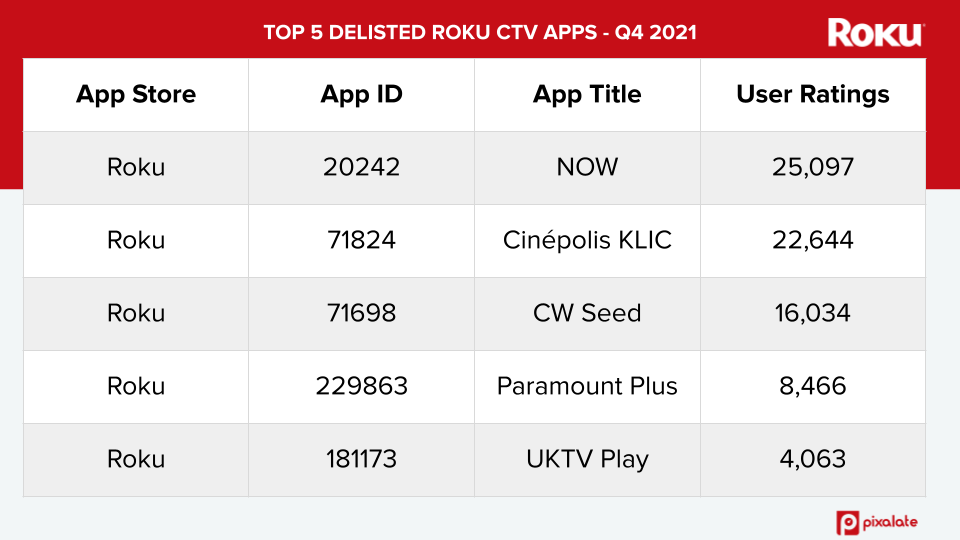 Fire TV delisted apps account for 19,084 user ratings, while Sonic The Hedgehog 2 and Tube App (for YouTube) compose almost 60% of total ratings among delisted apps (about 5,500 each). 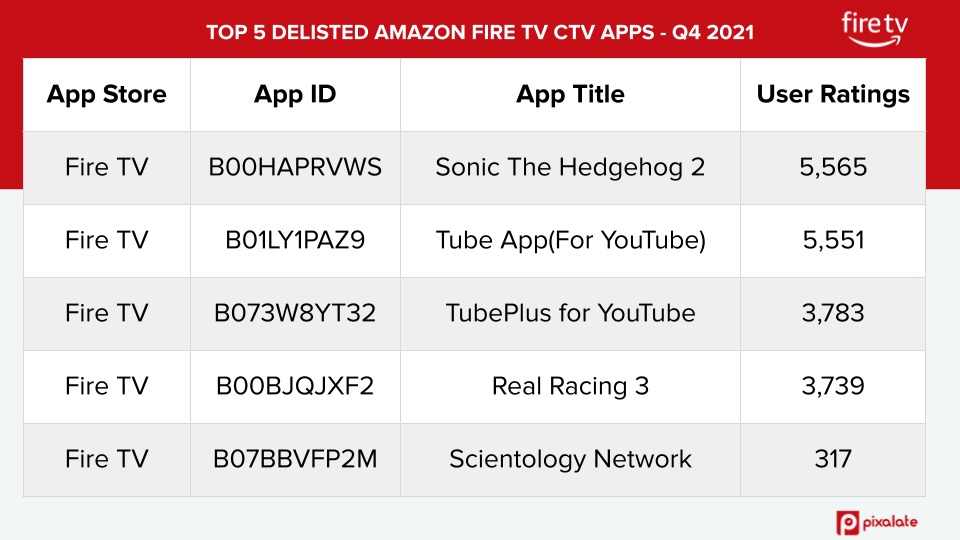 Within Roku, the Movies & TV category had the most delisted apps in Q4 2021, at 89. The next categories were Faith-Based and Home & Food, with 32 and 10 delisted CTV apps, respectively.

Create a free account to unlock more insights about CTV and mobile apps.

*Programmatic ad sales, as measured by Pixalate, are used as a proxy for ad spend.

Apps can be delisted for a variety of reasons, and Pixalate is neither asserting nor assigning a reason for any delisting action. Additionally, the initiator of the delisting is not generally publicly-available information, so it is often not possible to know whether the removal was triggered by the app store or the developer. Pixalate is sharing this data not to impugn the standing or reputation of any entity, person or app, but, instead, to report facts as they pertain to delisted Roku and Amazon Fire TV apps.

Previous Story
← Pixalate Week in Review: March 28 - April 1, 2022
Next Story
The Kids Internet and Design Safety (KIDS) Act: Why should it matter to ad-tech? →