Programmatic ad spend in Russia dropped after US sanctions; spend in Ukraine dropped precipitously at start of conflict 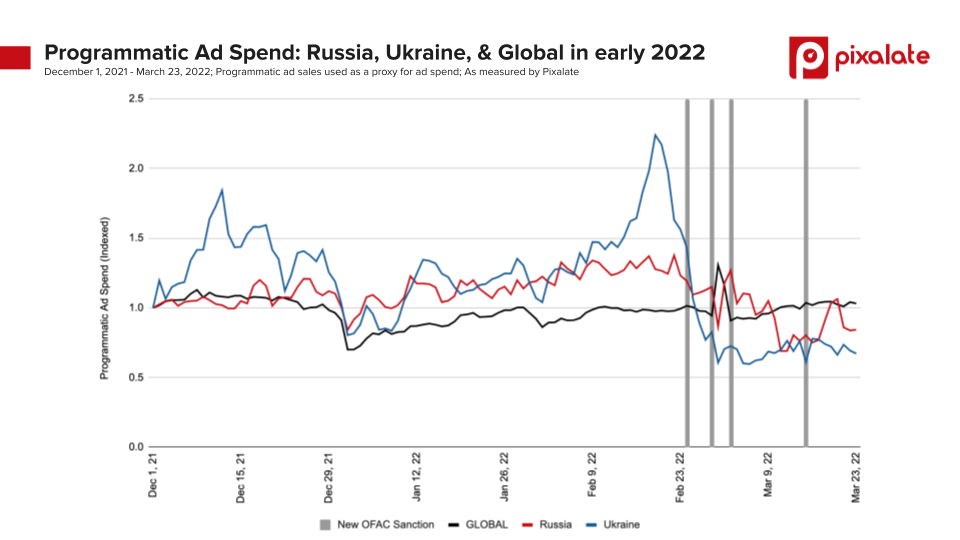 The beginning of 2021 brought a positive trend in programmatic ad spend in Ukraine, as shown in Graph 1 above. In fact, the growth rate in the first three weeks of February was strong. On February 19th, one day before the Russian invasion, programmatic advertising reached its year maximum. Not surprisingly, ad spending dropped precipitously right after the start of the conflict, going from x2.24 times to x0.58 times the size, compared to December 2021.

During the same period of time, ad spend in Russia saw a slightly positive trend during January and February that was reversed by the introduction of the first U.S. economic sanctions imposed on February 24th (see gray bar areas). Since then, there has been a negative trend that seems to be directly affected by each new U.S.-imposed sanction.

We found a 30% spike in global ad spend over the first four days of March 2022, in comparison to December 2021. During this same four-day window, ad spend in Russia and Ukraine continued to drop.

How big are these two markets and how have they changed? 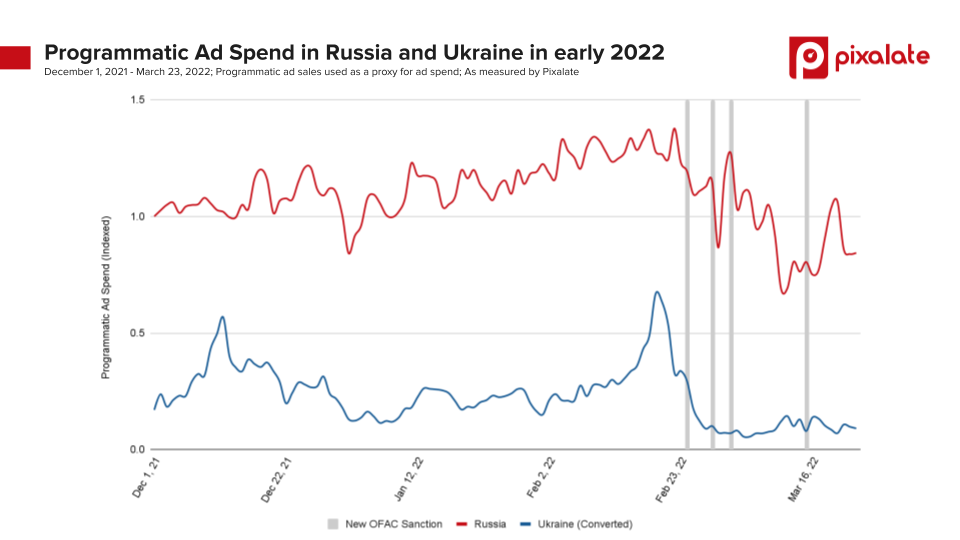 Programmatic advertising in Russia is approximately five times the size of that of Ukraine, according to Pixalate’s data. This relative size was maintained throughout January and February, the months prior to the conflict. However, by the beginning of March 2022, Ukraine's market lost most of its share. By March 3, 2022, Russia's market share was 10 times higher than Ukraine's.

* Programmatic ad sales, as measured by Pixalate, are used as a proxy for ad spend.