1,300 apps from Russia delisted from Google Play Store in January and February 2022 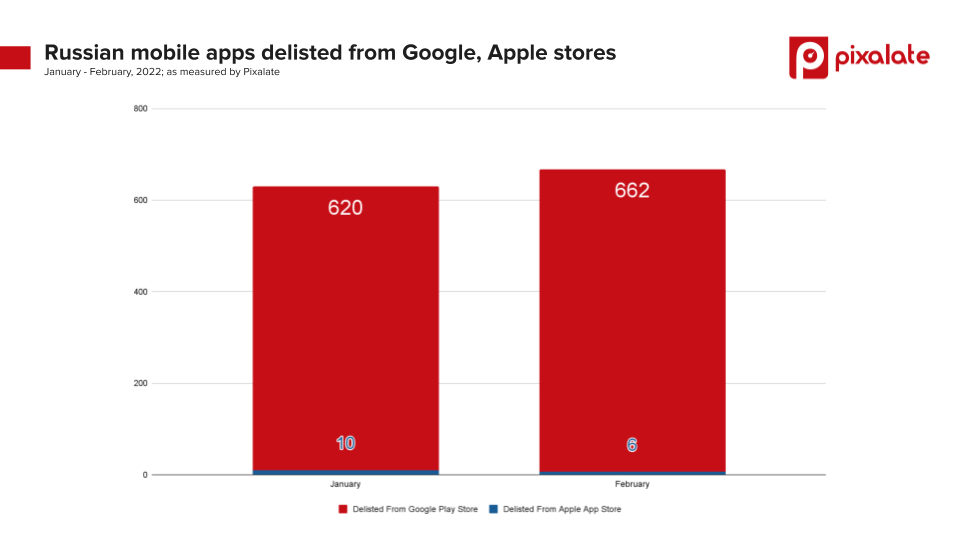 According to Pixalate’s data, 1,298 apps registered in Russia were delisted (removed) from the Google and Apple mobile app stores in January and February 2022.

The Office of Foreign Assets Control (“OFAC”) from the U.S. Department of the Treasury (“U.S Treasury”) maintains lists of sanctioned countries, entities and individuals (see their Russian-related designations here). People and companies in the U.S. (including U.S. branches or subsidiaries of foreign entities) doing business overseas must have robust compliance policies and controls in place to ensure they do not transact with any OFAC-sanctioned countries, entities or individuals. For Russian companies, much of the financial industry is sanctioned currently in response to Russia’s invasion of Ukraine.

Here are the most popular apps from Russia that were delisted from the Google Play Store, based on minimum download numbers as provided by Google: 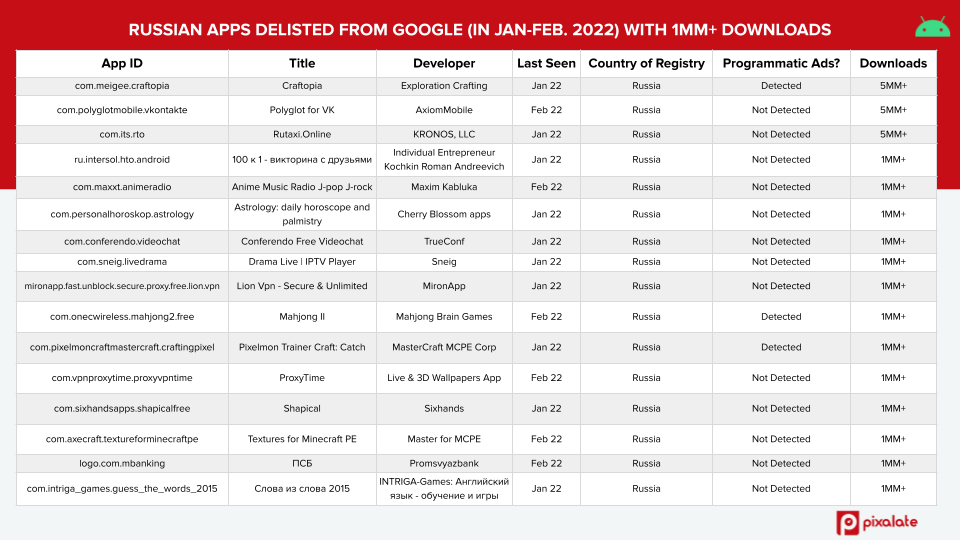 Apps can be delisted for a variety of reasons, and Pixalate is neither asserting nor assigning a reason for any delisting actions. Additionally, the initiator of the delisting is not generally publicly-available information, so it is often not possible to know whether the removal was triggered by the app store or the developer.

Pixalate is sharing this data not to impugn the standing or reputation of any entity, person or app, but, instead, to report facts as they pertain to delisted Android and iOS apps.

The data in this post also only includes information about apps for which country of registry was published and identifiable by Pixalate within the Google and/or Apple app stores. Additional apps from these countries may have been delisted but not included in this research if their country of registry was not listed or discerned to be from Russia. Pixalate reviews the country of the app developer based on the physical address listed in the relevant app store, or the country where the domain of the associated app is registered.