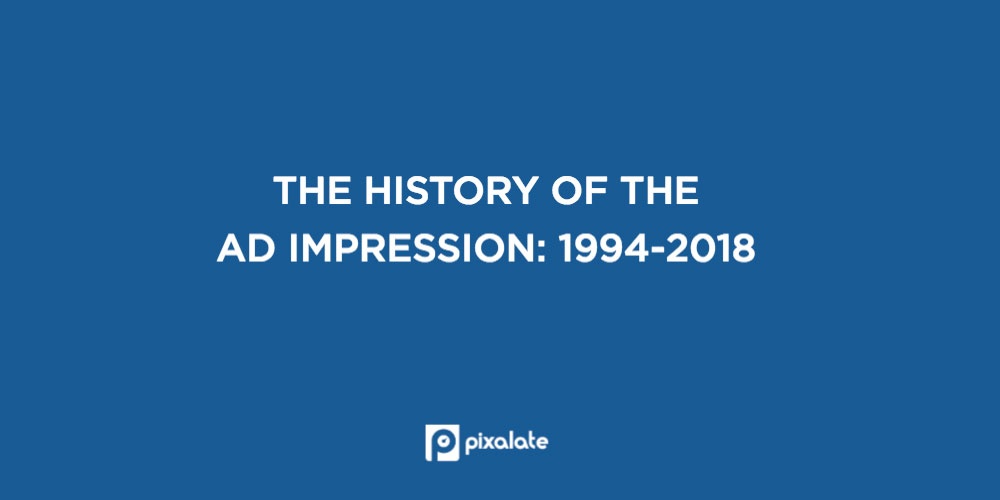 What are ‘impressions’? A history of impression measurement in the digital advertising industry

In the digital advertising world, ‘impressions’ refer to individual ad transactions — e.g. when a digital publisher sells a space on their site to an advertiser. Digital advertisers and publishers have long relied on impression statistics (CPI, CPM, etc.) to manage campaigns and budgets.

Over the past 20 years, industry standards for recording impressions have gone through a series of changes. Pixalate walks you through the history of impression measurement in the digital advertising landscape, starting with the first online banner ad, sold in 1994.

Want to download this infographic as a PDF? You can do that here.

European Union passes Digital Service Act – what will this mean for global publishers?