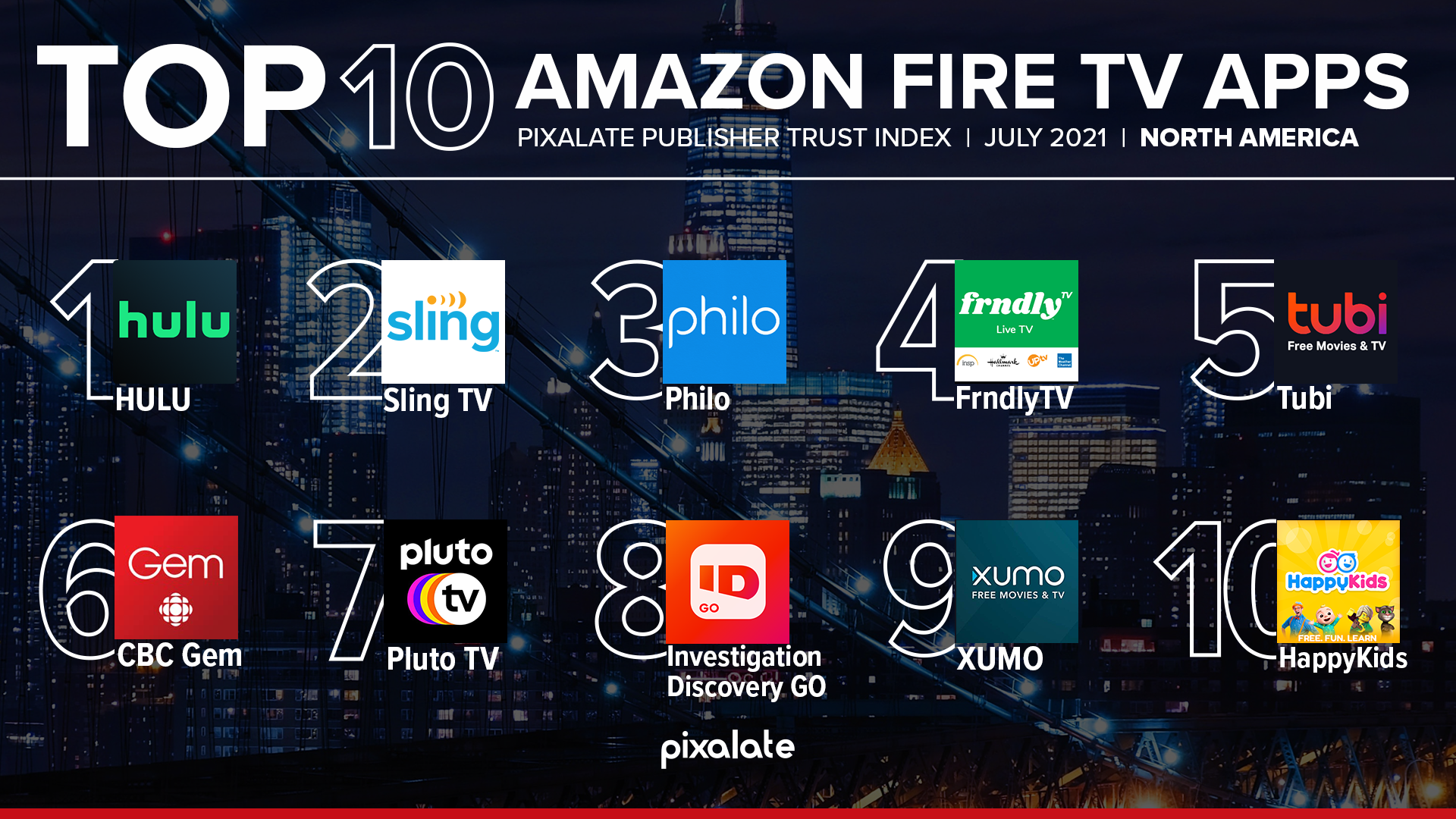 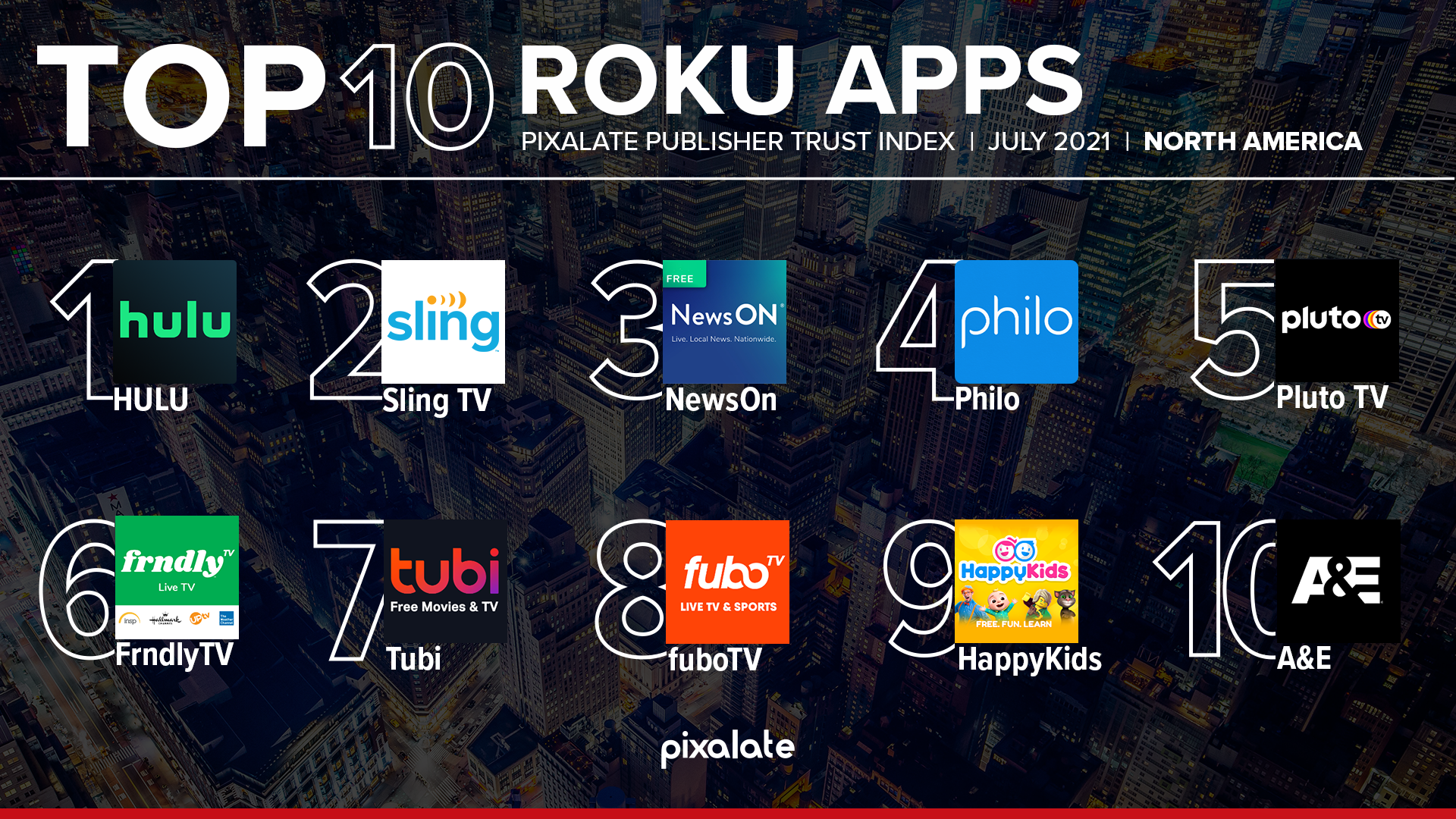 Hulu topped the Publisher Trust Index, Movies and TV category in July 2021. The app’s performance was remarkable as it scored at least 93 across all measured metrics in both the Amazon Fire TV and Roku rankings. Hulu is one of only two apps to obtain this achievement.

Sling TV is the second such app. The strong performance allowed it to secure second place in both the Amazon Fire TV and Roku rankings for the Movies and TV category in North America in July 2021. Sling TV performed well across all metrics, including Invalid Traffic (IVT) Score, where the app scored a respectable 96 on both platforms.

There are more quality apps in Movies & TV category, including FrndlyTV and XUMO

One of them is FrndlyTV. The app reached the top 10 on both the Amazon Fire TV and Roku classifications for the Movies and TV category. It was one of only a few apps achieving the highest grade (“A”) across all measured metrics.

Moreover, XUMO came back to the top 10 of the Publisher Trust Index in the Movies and TV category for the Amazon Fire TV platform. After ranking No. 11 in July, the app advanced to reach the No. 9 position by good performance across all measured metrics, particularly Invalid Traffic and Ad Density, where XUMO scored 88 and 86, respectively.

Previous Story
← Pixalate Week in Review: August 23 - 27, 2021
Next Story
Words With Friends 2 leads the Video Gaming category of the July 2021 Mobile Publisher Trust Index; A Star Software and AI Factory with three representatives in the top 10 →