Digital advertising measurement has transitioned to a ‘Begin to Render’ basis, meaning an ad’s content must begin to render in order to be considered an impression. However, sometimes, an ad is served before the ad content renders. From a measurement perspective, such impressions are in a state of limbo.

In an effort to provide the industry with a standard definition to these served-but-not-rendered ads, the concept of “Tracked Ads” was introduced by the Media Rating Council (MRC), Interactive Advertising Bureau (IAB) and the IAB’s Modernizing Measurement Task Force (MMTF).

What you need to know about ‘Tracked Ads’ measurement: 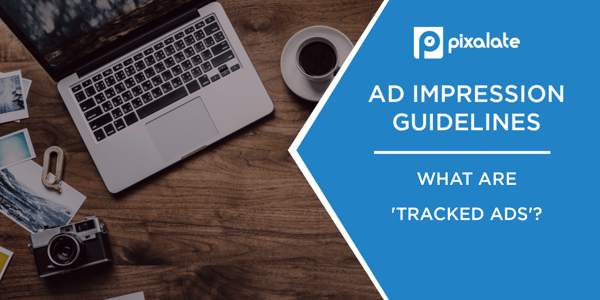 How are ‘tracked ads’ recorded in online advertising measurement?

Tracked ads can be recorded in a manner consistent with earlier industry definitions of a client-initiated (count-on-download) ad impression measurement methodology. Each of the MRC impression-based guidelines (desktop, mobile web, mobile in-app) explicitly state the following with respect to the measurement of tracked ads:

“A measurement vendor may elect to measure and report the number of ads where measurement was initiated. These ads (referred to herein as Tracked Ads; alternate labeling may apply) must adhere to the requirements above (including client-initiated counting and cache controls) except that they can be counted when a vendor’s measurement assets have fully downloaded and initiated, but prior to ad content loading and rendering.”

Consistent with the verbiage above, recording and reporting of tracked ads must adhere to current MRC ad impression requirements outside of the begin to render requirement. This includes, but is not limited to:

Why are ‘tracked ads’ reported in digital ad measurement?

The main purpose for continued reporting of a ‘tracked ads’ metric, in conjunction with qualified (begin to render) impressions, is as follows:

While the industry works to get in alignment with requirements specific to qualified (begin to render) impression measurement, many vendors may continue to bill CPI/CPM clients in a manner consistent with tracked ads.

Reporting of ‘tracked ads’ in unison with qualified (begin to render) impressions has significant internal and external benefits. While the industry as a whole moves to report an impression metric aligned with a client-initiated, ‘begin to render’ measurement approach, there will be significant variability in these metrics from vendor to vendor. Such transparency in reported metrics will serve to alleviate confusion for vendors, clients and end-users alike, while facilitating a smooth transition amongst impression standards.

Each of the MRC impression-based guidelines (outlined and externally linked above) explicitly state the following with respect to the alternative labeling of tracked ads:

“This metric should not be labeled as an Ad Impression, without qualification, but will assist both buyers and sellers in addressing rendering issues (by providing a means to ascertain ads that do not render) and support the transparency needed by organizations that track ads whether they render or not such as organizations that might not be part of the advertising chain (e.g., non-ad-serving third-party measurement vendors). Such measurement and reporting is allowable under these guidelines with proper disclosure and reporting in conjunction with qualified Ad Impressions.”

Although alternative metric labeling is permitted for ‘tracked ads’ within the context of the relevant MRC guidelines, it is explicitly stated that such metrics should not be labeled as an ‘ad impression’ without qualification for purposes of clarity to end-users of reported metrics.