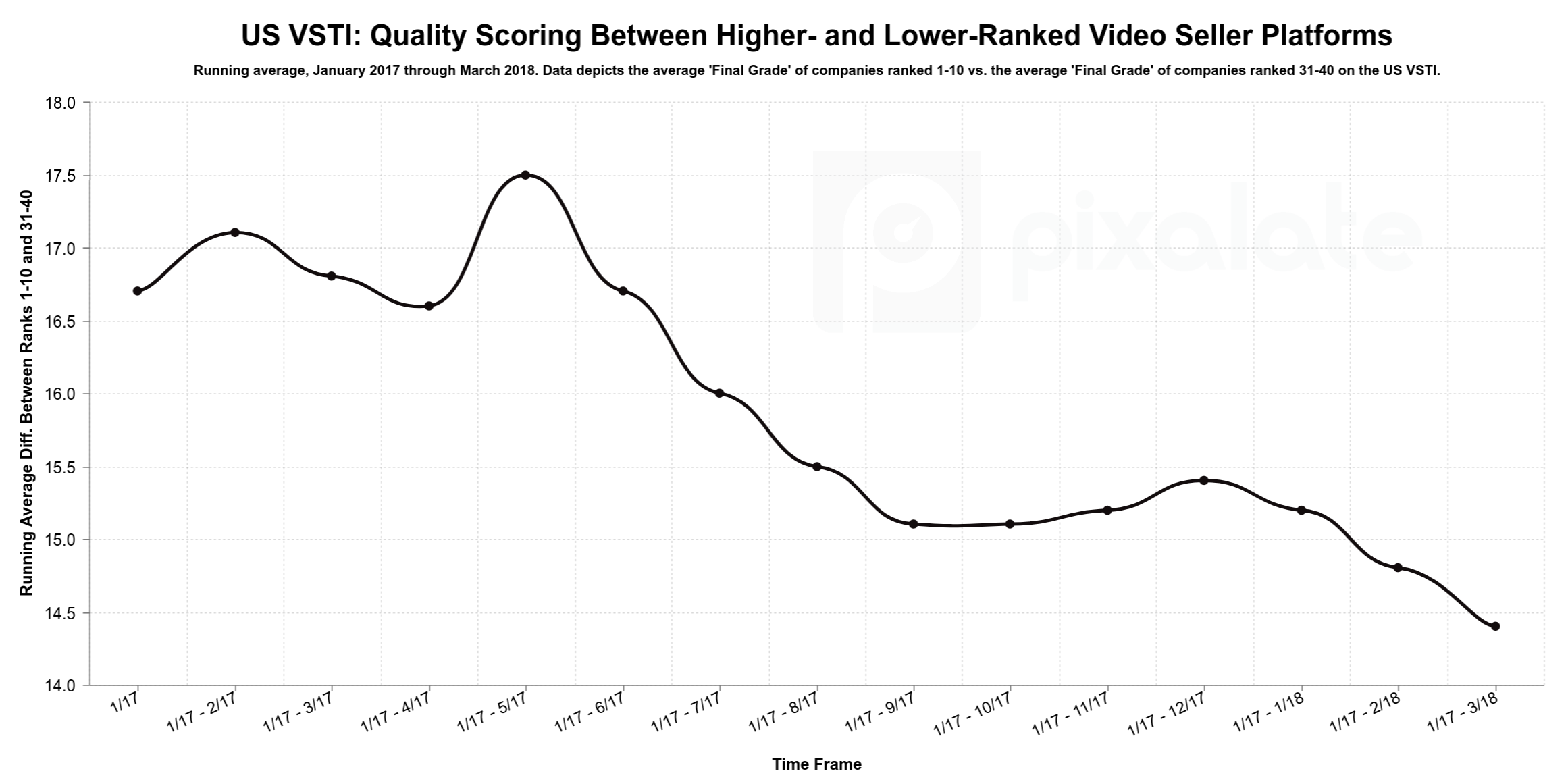 Q1 2018 VSTI: Gap between high- and low-ranking video ad sellers is getting smaller

Pixalate this week released the Q1 2018 Video Seller Trust Index (VSTI), which ranks the overall quality of programmatic sellers based on programmatic video inventory across desktop, mobile, and Connected TV/OTT. Our VSTI includes a U.S.-only set of rankings and an International set of rankings (all countries except for the U.S.).

Here are the top five sellers based on overall inventory quality from the U.S. and International in March 2018: 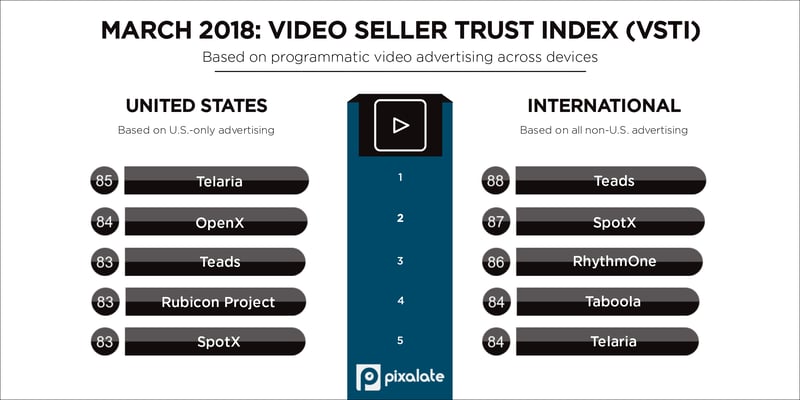 Since the start of 2017, the gap between higher- and lower-ranking programmatic video ad sellers has narrowed.

Those at the top do still provide better overall quality than those further down the list, but this data indicates that the gap is narrowing between the “top” and “bottom.” It suggests there is now less risk associated with “choosing the wrong partner” compared to a year ago.

This could be a sign that the programmatic video ad industry, as a whole, has taken measures to address the calls for more transparency and better quality.

One of the major trends we’ve seen in the programmatic video advertising space over the past 18 months is video sellers adopt stricter standards when it comes to quality. We have seen many new video sellers work with ad fraud vendors in a bid to reduce invalid traffic (IVT) and reduce overall risk.

Global quality ratings are based on an analysis of overall effectiveness assessing multiple factors, such as viewability, fraud, engagement, domain masking, network quality and more, in compliance with recognized industry standards.

To learn more about the methodology and to download the expanded list of top sellers, visit http://www.pixalate.com/sellertrustindex.

Mobile in-app transparency may finally be improving, at least among the top sellers