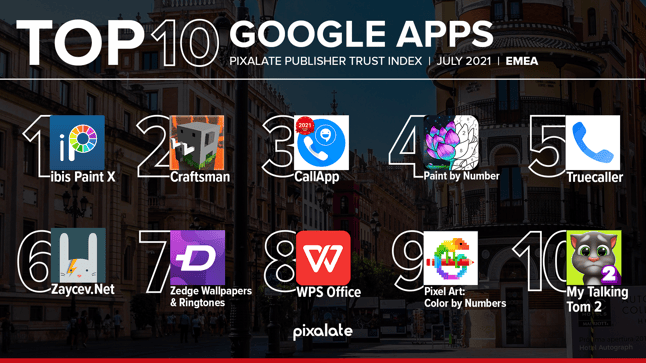 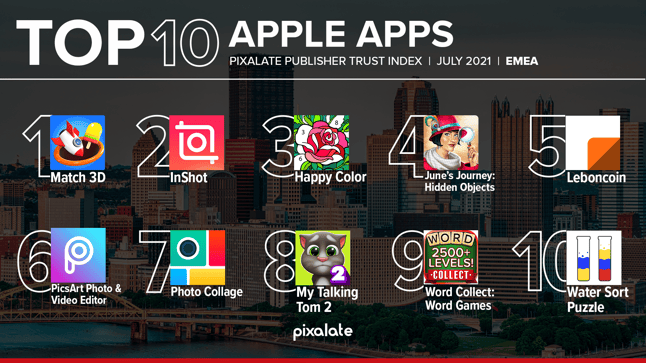 Match 3D and ibis Paint X led the EMEA Mobile Publisher Trust Indexes in July 2021 for the Apple App Store and Google Play Store, respectively. Both apps reached the top by a significant jump compared to their position in June’s rankings. Among the 20 apps included in the top 10s of both classifications, 14 were video gaming or graphic/art apps.

How did the leaders perform?

The Mobile Publisher Trust Index for the Google Play Store has witnessed four different apps earn the top spot since launching in April 2021. In July, ibis Paint X took the number one position. The Japanese app earned excellent scores across most metrics, most notably Brand Safety (99), Ads.txt (94), and Viewability (99).

There are more quality mobile apps in EMEA

Even though June’s Journey: Hidden Objects did not reach the number one position in the Apple App Store ranking, it still maintained high quality. The German app also achieved only “A’s” across all metrics, including a notable score (92) in the Invalid Traffic category.

Find more information about all apps classified in the Publisher Trust Index here for free.