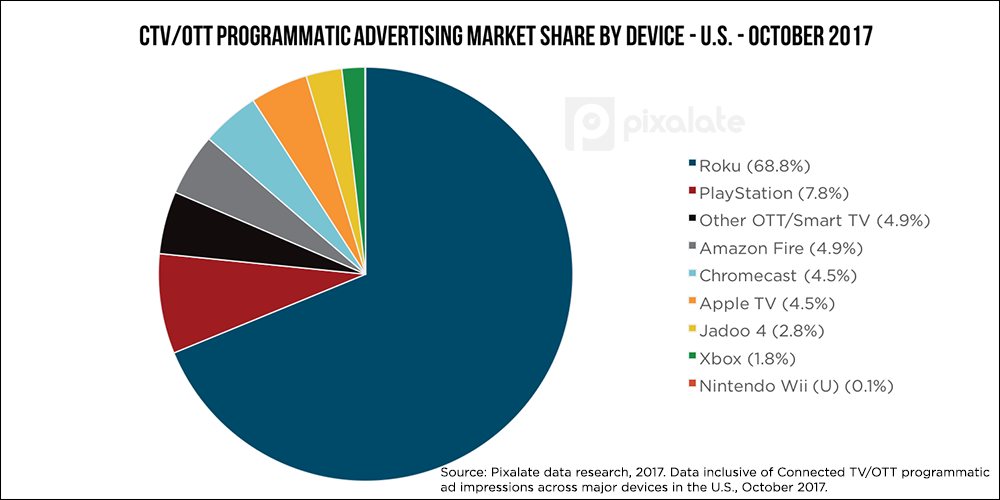 New Pixalate data has revealed that the Connected TV/OTT marketplace is in a phase of rapid growth in the United States. But which devices are behind this growth?

For this study, Pixalate measured Connected TV/OTT programmatic ad impressions throughout the U.S. in 2017.

Over two-thirds (68.8%) of Connected TV/OTT programmatic ads are served on Roku devices

According to Pixalate's data, Roku dominated the Connected TV/OTT programmatic ad space in 2017. 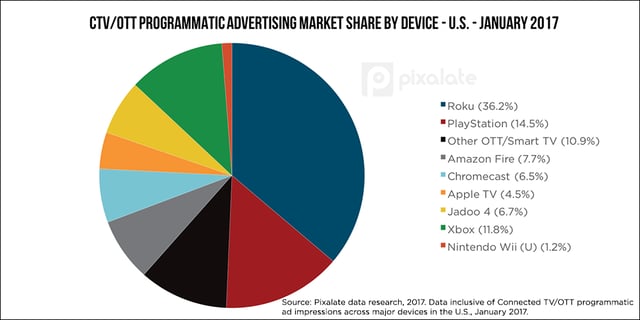 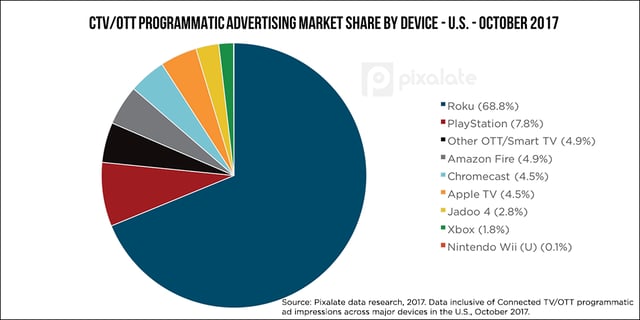 A few highlights from each device 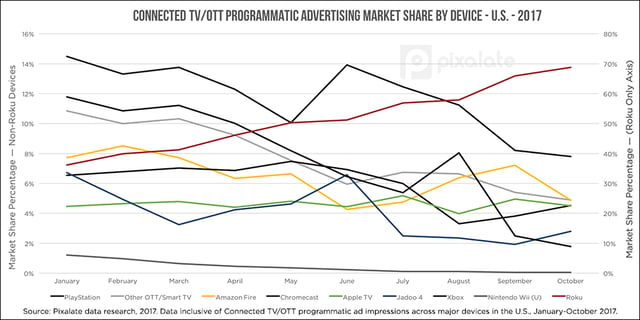 (Chart depicting month-over-month trends for every device studied. Roku was placed on its own axis.)

Below is a chart showing every device’s market share of the Connected TV/OTT programmatic ad space in the U.S. for each month from January-October, 2017, as measured by Pixalate: