There are roughly 5 million-plus mobile apps available for download across the Google Play Store and Apple App Store — but hundreds of thousands of apps are delisted (removed) from app stores each quarter.

Pixalate keeps tabs on delisted apps to keep you up to speed on the latest changes in the app marketplace.

According to Pixalate’s data, 219,635 apps were delisted across Google and Apple mobile app stores in Q1 2022 alone. However, the data reveals that the vast majority of delistings occurred on the Google Play Store:

The 214,615 apps delisted from Google last quarter was the lowest single-quarter delisting dating back to the start of 2021: 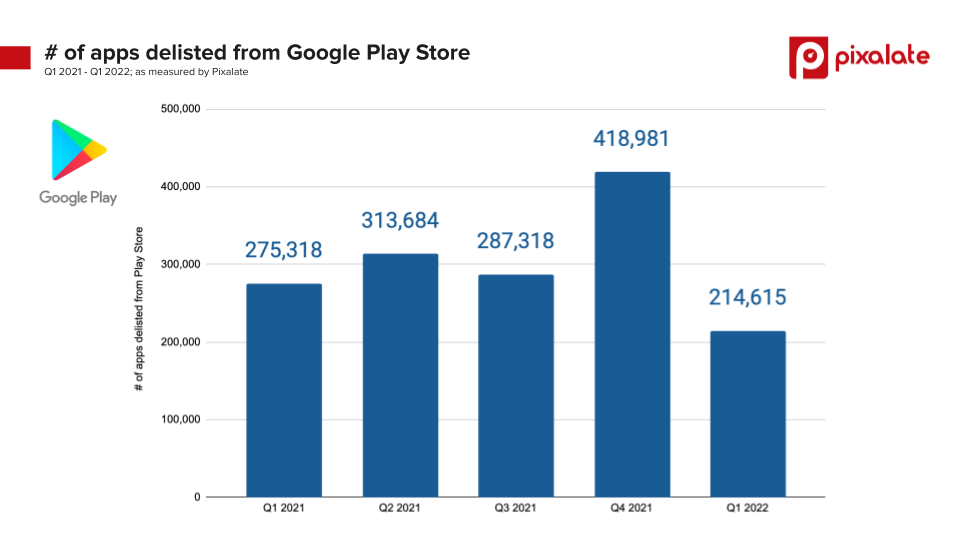 Nearly twice as many apps were delisted from Google’s mobile app store in Q4 2021.

Only 5,000 apps were delisted from Apple App Store — down from nearly 100k a year ago 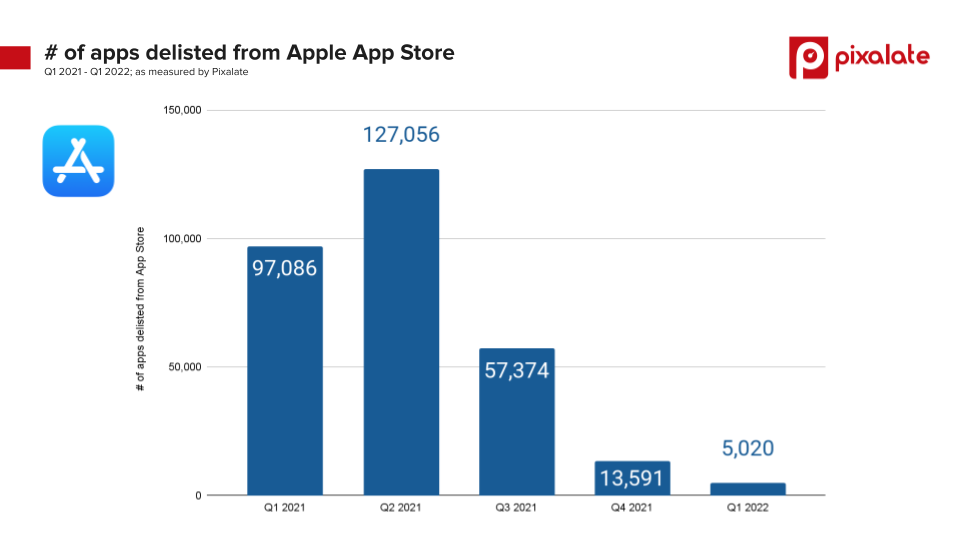 Pixalate will continue to monitor to see if the number of apps delisted from both stores continues to decrease, or if we see a spike as 2022 progresses.

See the top 100 delisted apps from each app store

Pixalate has made available for download the top 100 apps from each app store that were delisted in Q1 2022 with the following fields included: