Welcome to Pixalate’s CTV & Mobile App Manual Reviews According to COPPA, a series containing the detailed factors the Trust & Safety Advisory Board educators used to assess an app’s child-directedness.

The educators manually review thousands of mobile apps available in the Google Play & Apple App Stores as well as connected TV (CTV) apps from the Roku Channel Store and Amazon Fire TV App Store using the COPPA Rule factors shown below & make those results available to the public at ratings.pixalate.com.

This post takes a look at a popular CTV app from the Amazon Fire TV App store and the Roku Channel Store. Our reviewer discusses how the subjective factors set forth in the COPPA Rule apply to the app and factor into the reviewer's determination as to whether the app is child-directed or general audience (i.e., it is not targeting children). 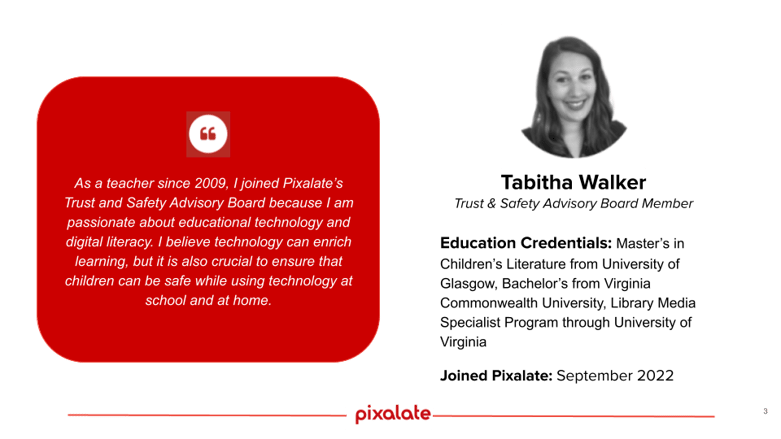 This child directed app plays animated songs that would primarily appeal to toddlers. There is a mix of classic nursery rhymes and original songs accompanied by an animated brother and sister duo. The age of the animated characters are younger, with the app description indicating that Lea is 5 years old and Pop is 1 year old. Pop wears a sweater with bunny ears and often has friends over with other animal sweaters, adding to the child friendly visuals. The animation is not limited to the children, but animated animals and usually inanimate objects, such as their toys, also join in with the singing and dancing. Huge animated eyes and big smiles, along with bright colors are designed to catch the attention of younger children. Even the animated actions accompanying the songs are very childlike, such as letters on floating balloons during the ABC Song or riding inflatable sharks while singing Baby Shark.

There are numerous videos to choose from, each pertaining to a different subject. Many of the videos are educational in nature, either teaching an academic subject or encouraging appropriate behavior. While not every video is a song, many of them are. The same calming female voice sings each of the songs, clearly enunciating each word and singing at a slow pace in order for children to comprehend and sing along. The instrumental parts of the songs are simple and sound like they were composed on a basic keyboard with several different sound modes.

The app is primarily made up of videos, with very little text to read, making it easy for a toddler to navigate through the video options. While you can select individual videos to play, they will automatically keep playing after the selected video finishes. This makes it easy to allow a child to continue watching while their caretaker attends to other tasks. The title of this app includes “baby songs” and “for kids” indicating that the intended audience are young children. This is further supported by the app description that says “Baby Song with Lea and Pop is the excellent opportunity to introduce preschoolers and kindergarteners to the beautiful musical adventure” and the app contains “educational songs for kids to learn and have fun at the same time.” The characters themselves don’t usually speak, but rather communicate to viewers and each other with facial expressions and gestures.

While the Roku store does not contain written reviews, reviews on Amazon show that children are the primary users of this app. Roku has this app listed under Kids & Family, but Amazon has it listed as “Guidance Suggested.” According to Amazon this means “the content of this application has material that is appropriate for most users” but it may include “account creation, location detection, user generated content, advertisements, infrequent or mild references to violence, profanity, or crude themes, or other content not suitable for all ages.” As this app does have advertisements, this seems to be the reason for the “Guidance Suggested” rating on Amazon.

On the Firestick app, there are small icons in the lower right corner of the main page that when clicked on lead to other ColorCity apps in the Amazon App Store. These apps all appear to be child directed and visually similar to Lea and Pop. Additionally, there are also video advertisements that are played before, and sometimes in the middle, of the selected video. These video advertisements were occasionally for other children's apps, but were more often more general audience for items such as laptops and CRM software.

According to the privacy policy, ColorCity does not collect any personal information from users but they do collect anonymous analytical data. They indicate that children might use their service, but “they shall do so only with the involvement, supervision, and approval of a parent or legal guardian.” Their privacy policy mentions that their advertising servicer is COPPA compliant and only displays advertisements that are appropriate for children under 13.

Screenshots of Lea and Pop- Baby songs and cartoons for kids: 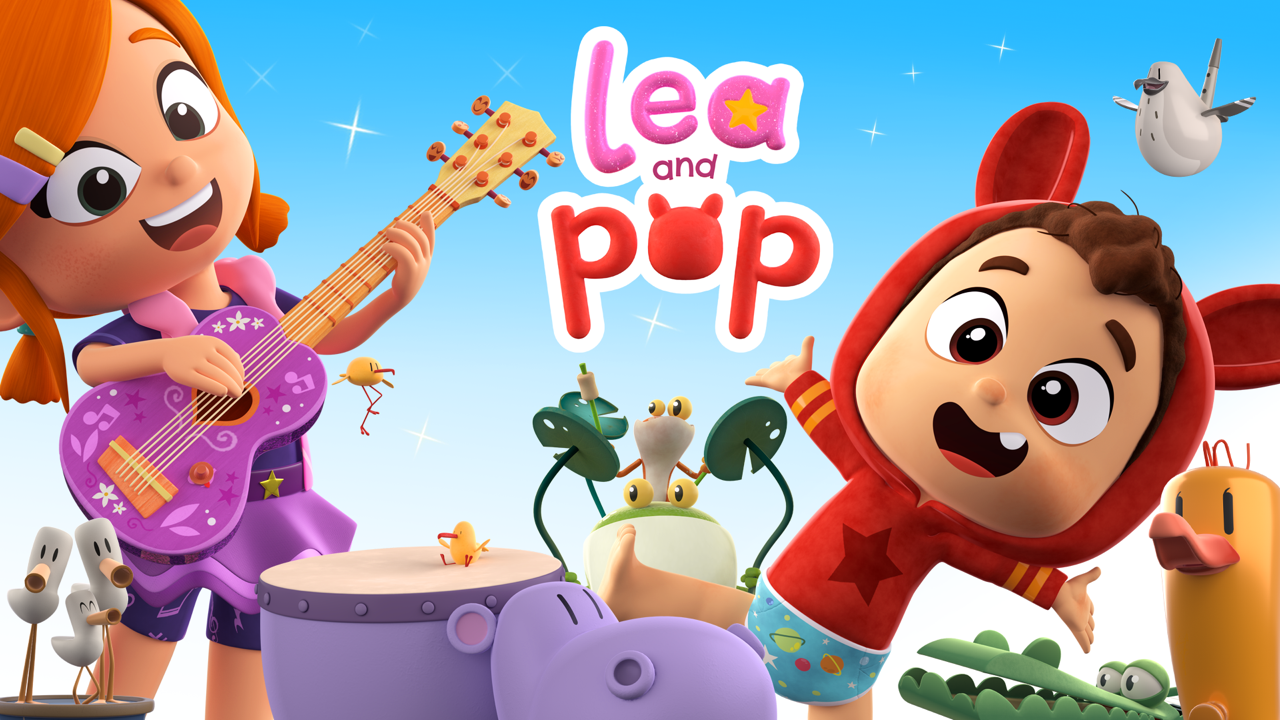 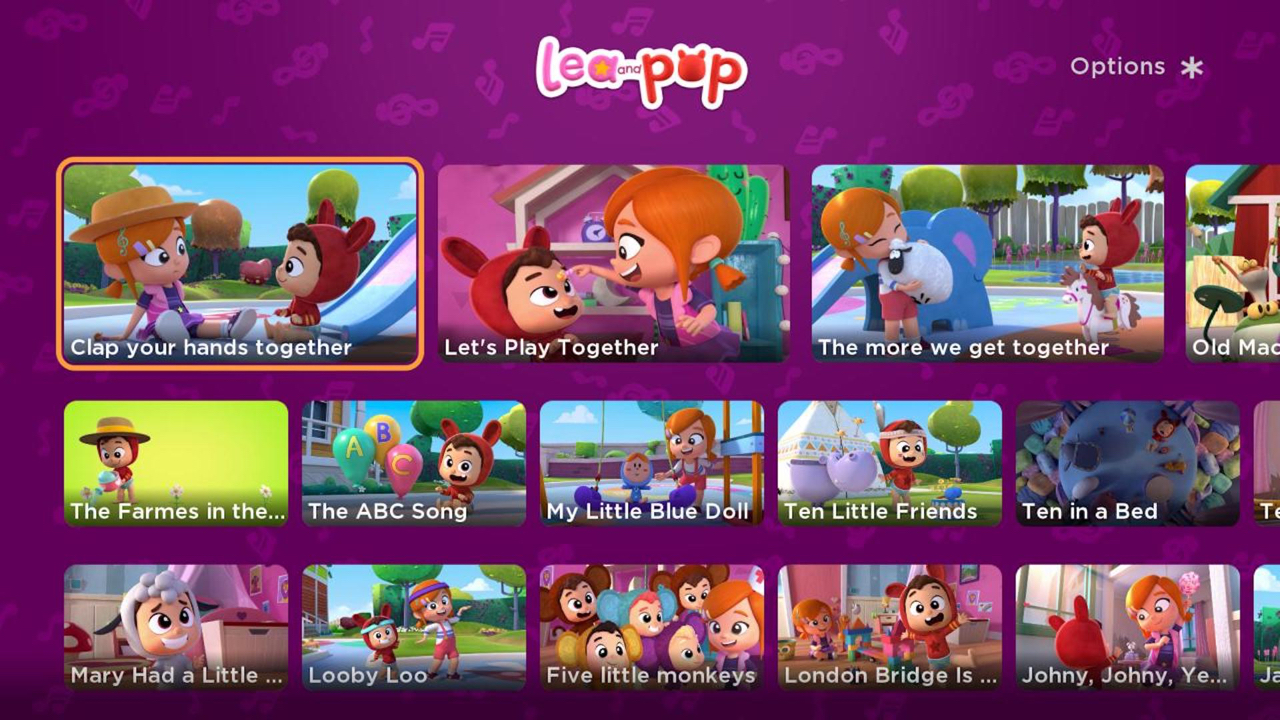 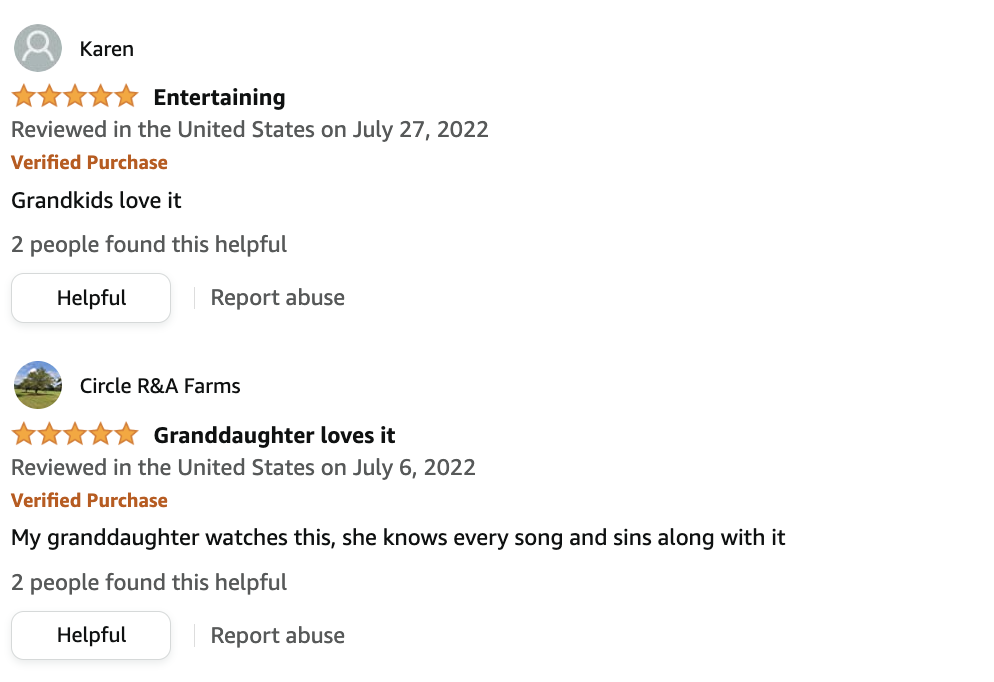