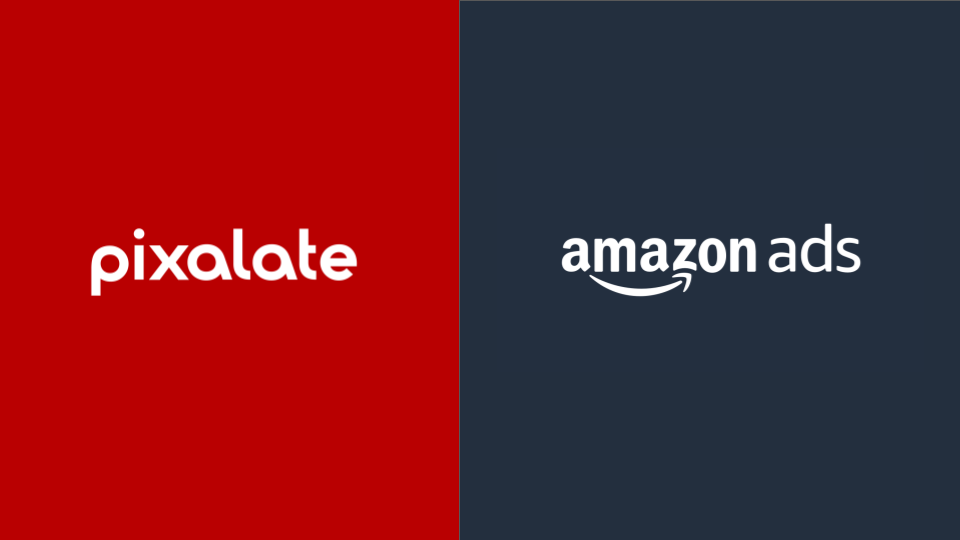 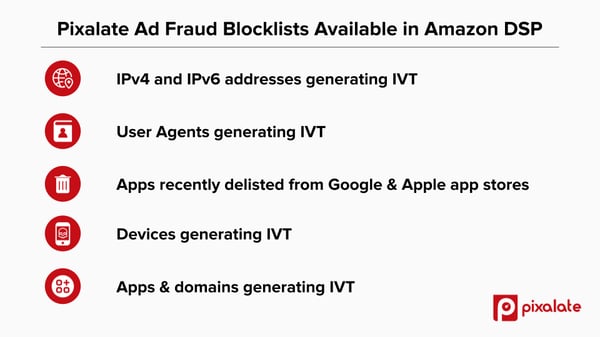 Beginning January 2022, Amazon DSP clients will have an opportunity to protect their ad campaigns with Pixalate’s ad fraud blocking technology across:

Pixalate’s MRC-accredited pre-bid Blocking technology is available on Amazon owned-and-operated and third-party supplies worldwide. Amazon DSP clients can filter both general invalid traffic (GIVT) and sophisticated invalid traffic (SIVT) via Pixalate by simply ticking one of the boxes provided in the Amazon DSP. 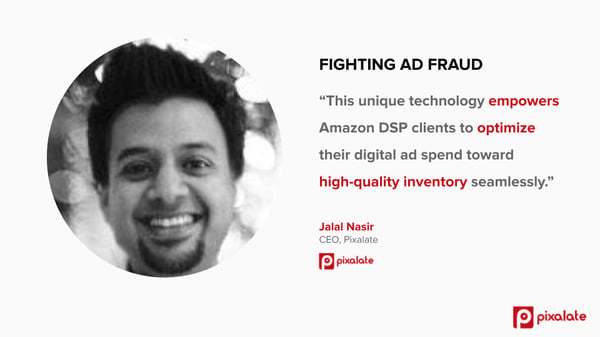 Amazon DSP clients can now select pre-bid Blocking designed to prevent over 40 types of IVT from across:

Learn how Pixalate can support you in the fight against ad fraud by scheduling a demo.