After looking at the global state of “abandoned apps” in Q1 2022 – apps that have not been updated in two or more years – Pixalate is diving deeper into its research to show a breakdown of abandoned apps by app developer’s country of registry.

Why is this a problem? Non-updated apps can cause serious data privacy concerns for users.

Below are the top 10 countries (based on the number of apps registered in that country) and each country’s rate of app abandonment compared to updates. 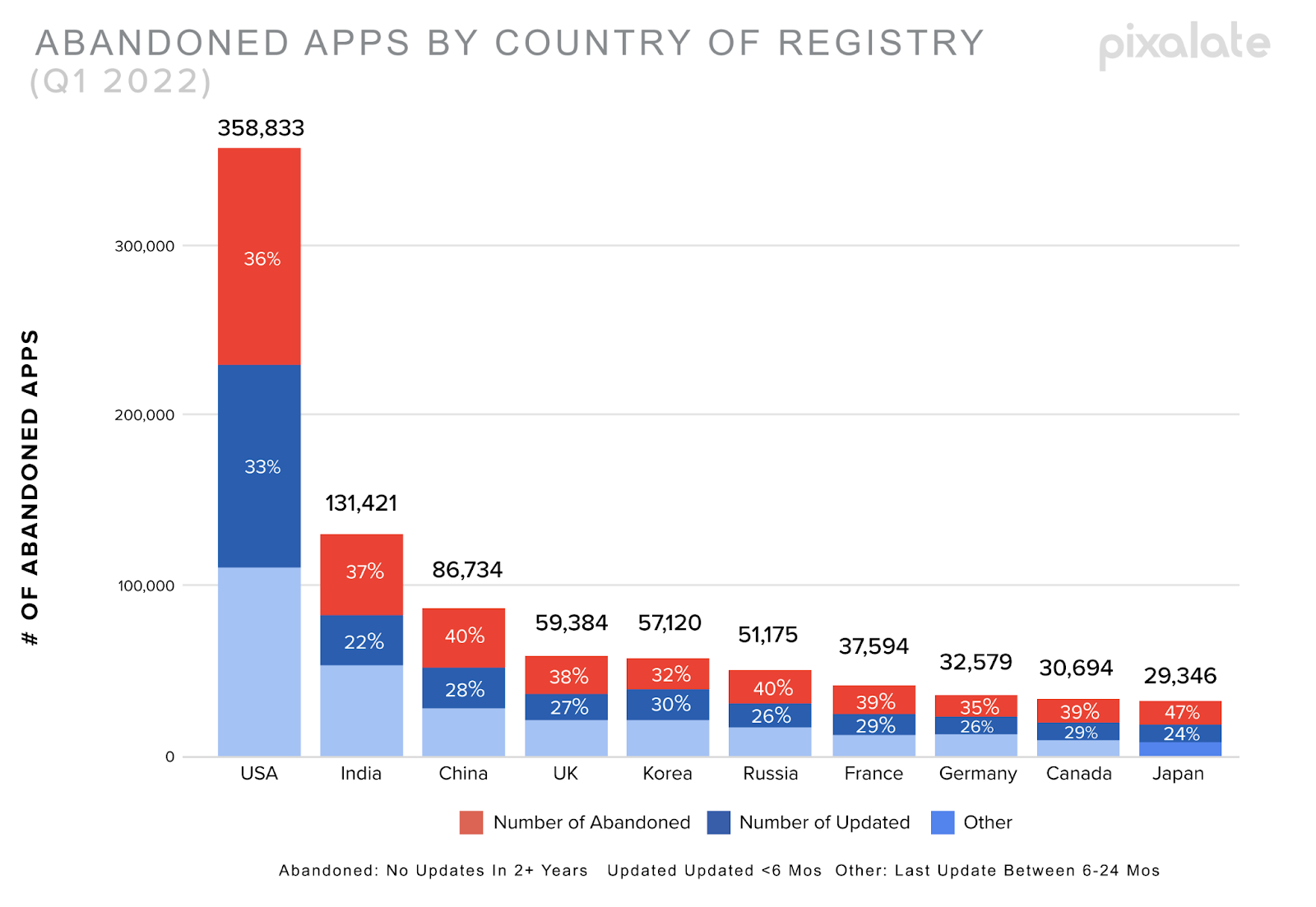 The 5 countries with the highest rate of ‘abandoned apps’

Worldwide, the top five countries with the highest percentages of abandoned apps were Japan, Thailand, Italy, Mexico and Australia. 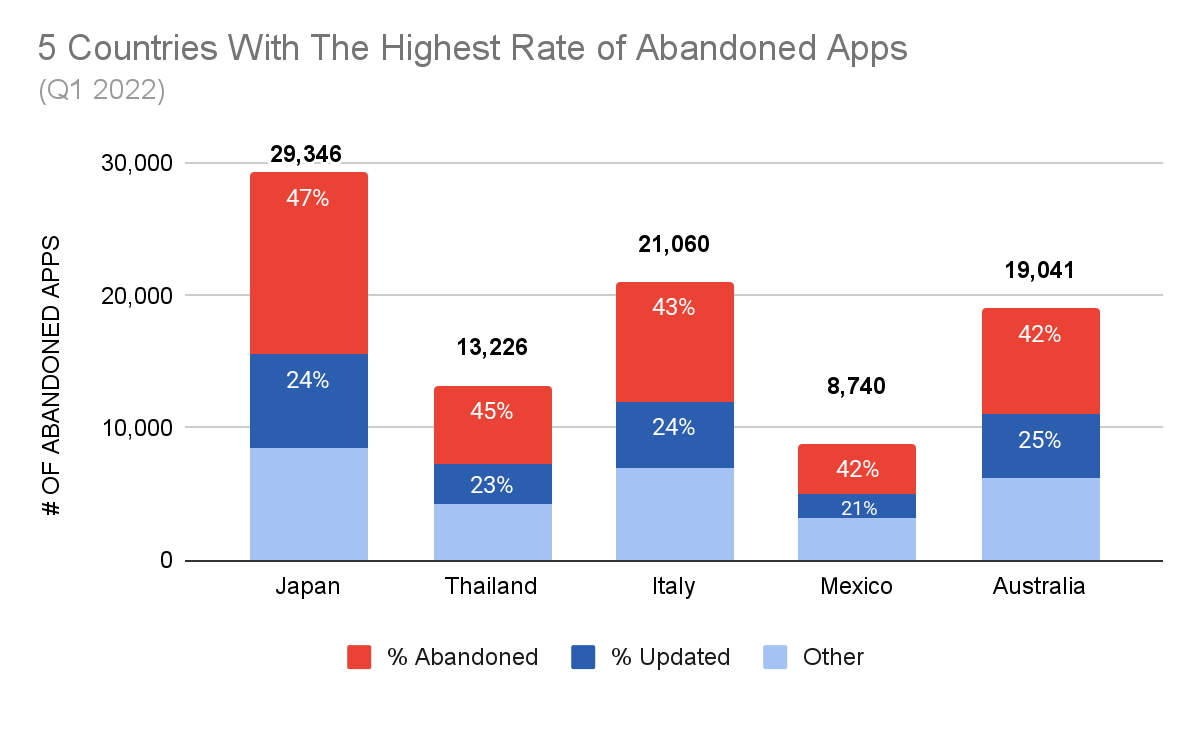 Other key findings include:

Abandoned apps from countries in the European Union

Looking at the European Union, the top three most abandoned countries are the Czech Republic, Portugal, and Italy, with 48%, 44% and 43% of their apps not updated in 2+ years.

Conversely, the top three most-updated countries in the EU are Cyprus, Ireland, and Malta, with 46%, 41%, and 30% of apps updated in the last six months, respectively.

Abandoned apps in the United Kingdom

According to Pixalate’s data, 38% of apps registered in the UK are abandoned, while only 27% were updated in the last six months.

In Asian markets, Pixalate found that 40% of the apps registered in China, Russia, and India have not been updated in 2+ years. Apps registered in Hong Kong had a slightly lower “abandoned” rate at 37% than mainland China (40%).

In South America, 35% of the apps registered in Brazil are abandoned, while 29% were updated in the last 6 months.

In April, Apple announced that it would remove apps that hadn’t been updated in three or more years or failed to meet a “minimal download threshold.”