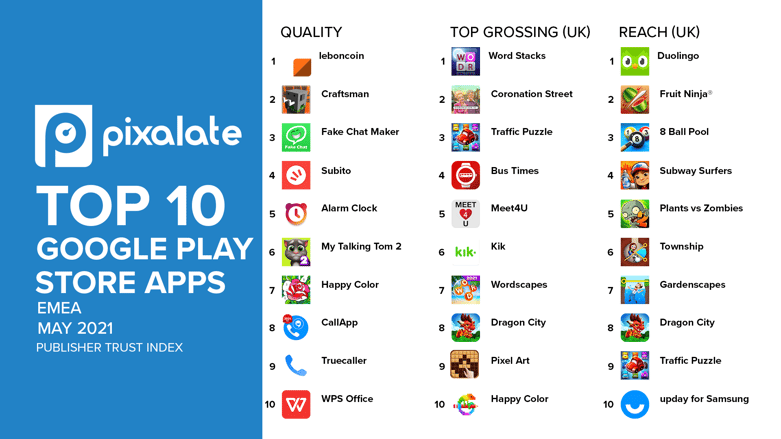 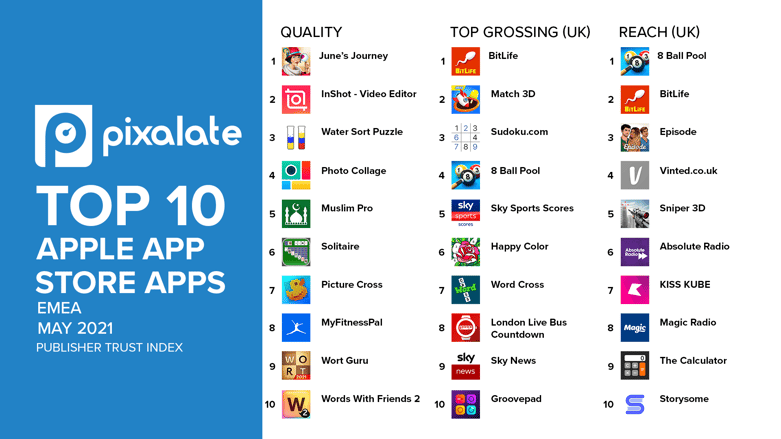 Leboncoin earned the No. 1 ranking in the Publisher Trust Index for Google Play Store in May 2021 in EMEA. The French shopping app presented exceptional versatility by scoring more than 90 in all measured metrics, including Popularity, Engagement, Ad Density, Invalid Traffic (Ad Fraud). Along with June’s Journey, the top app from the Apple App Store EMEA ranking, they are the only apps obtaining this achievement among the top 10.

Fake Chat Maker ranked No. 3 among Google Play Store apps in May, while InShot: Video Editor checked in at No. 2 among Apple App Store apps. MyFitnessPal and Words With Friends 2 also ranked in the top 10 among apps on the Apple App Store.

In both mobile EMEA rankings (Google and Apple), there are quality apps from a range of different areas. The most represented category is Video Gaming (e.g., Craftsman, Picture Cross), but there are six others, including Technology & Computing (Truecaller), Healthy Living (MyFitnessPal), and Hobbies & Interest (Photo Collage - Collageable). Interestingly, none of the apps reached the top 10 of both Apple and Google rankings.