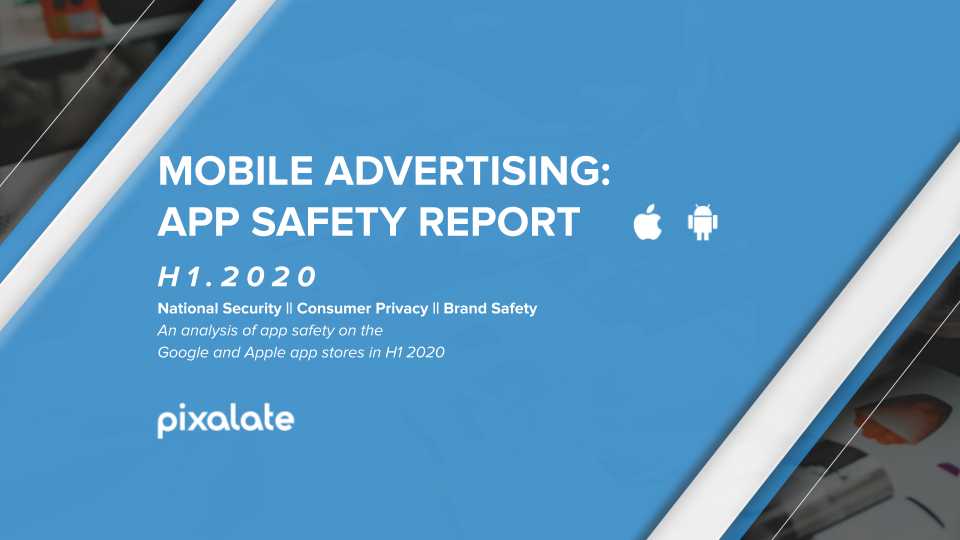 As the mobile app world continues to grow, with over 4.7 million combined apps in the Google Play Store and Apple App Store, apps are gaining access to more and more consumer data. But not enough is known about where the apps are registered — and where the consumer data they collect is stored and processed.

Address of registry is largely unknown 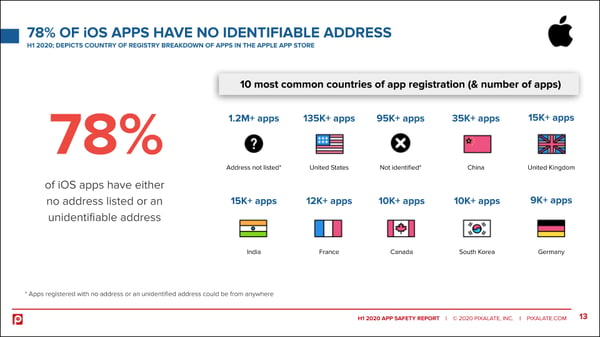 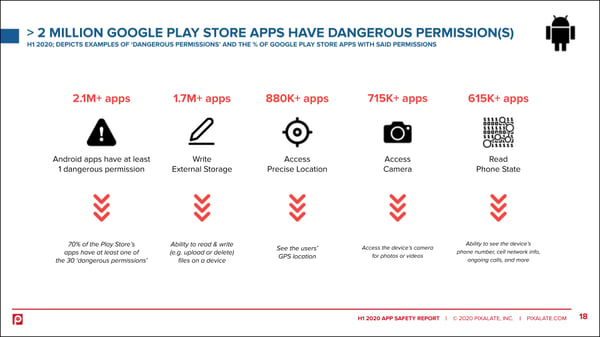 Among the most common dangerous permissions are: 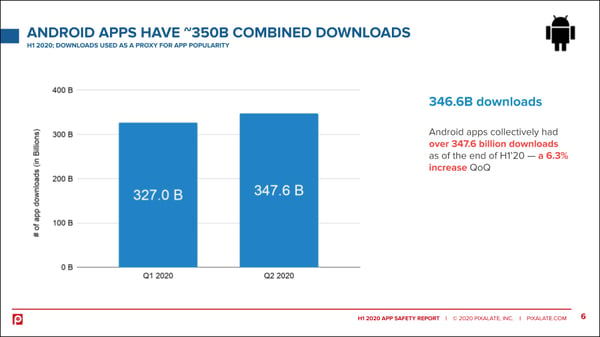 The report also breaks down:

Pixalate is a global ad fraud intelligence and marketing compliance platform that works with brands and platforms to prevent invalid traffic and improve ad inventory quality. We offer the only system of coordinated solutions across display, app, video, and OTT/CTV for better detection and elimination of ad fraud.

Pixalate is an MRC-accredited service for the detection and filtration of sophisticated invalid traffic (SIVT) across desktop and mobile web, mobile in-app, and OTT/CTV advertising. www.pixalate.com

The content of this press release, and the H1 2020 Mobile Advertising: App Safety Report  (the "Report"), reflect Pixalate's opinions with respect to the factors that Pixalate believes can be useful to the digital media industry. Any proprietary data shared is grounded in Pixalate's proprietary technology and analytics, which Pixalate is continuously evaluating and updating. As cited in the Report and referenced in the Report's key findings reproduced herein, programmatic ad transactions, as measured by Pixalate, are used as a proxy for ad spend. The Report examines U.S. advertising activity. Any references to outside sources in the Report and herein should not be construed as endorsements. Pixalate's opinions are just that, opinions, which means that they are neither facts nor guarantees.

It is important to also note that the mere fact that, for example, an app receives “dangerous permissions”  (as defined by Google), appears to be transmitting personal data from the E.U. to countries that have not yet been identified by the European Commission as having adequate privacy safeguards, or is registered in a traditional tax haven country or a country that appears to be receiving heightened scrutiny by U.S. or E.U. governmental bodies does not necessarily mean that such app, or its publisher, is actually exploiting data subjects. Instead, Pixalate is merely rendering an opinion that such facts may be suggestive of heightened risks to data subjects. Pixalate is sharing this data not to impugn the standing or reputation of any entity, person or app, but, instead, to report facts as they pertain to delisted Android and iOS apps.

2.34 million Google Play Store apps requested at least one dangerous permission - here are the most notorious