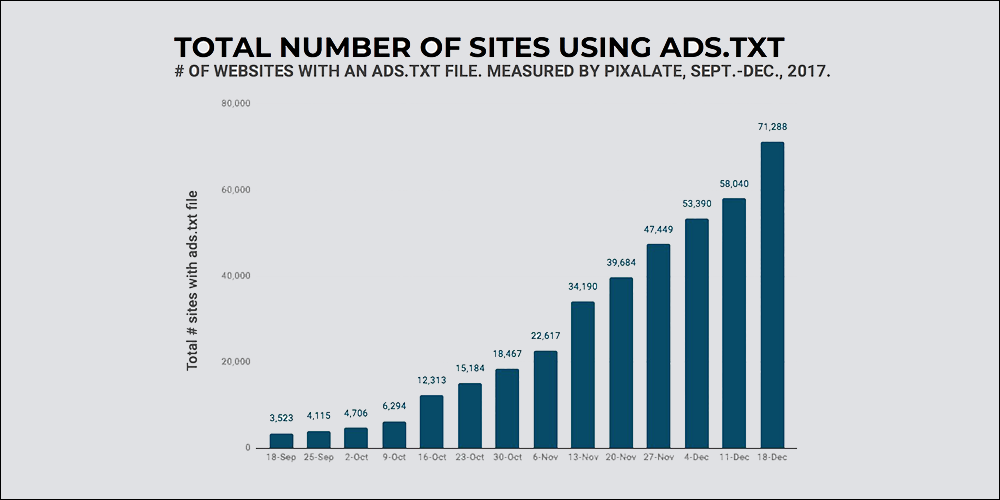 The industry-wide ads.txt effort was born in the IAB's Tech Lab and has created overnight transparency for buyers into the programmatic advertising ecosystem of sellers and domains.

The rise of ads.txt

Since September, Pixalate has been detailing ads.txt adoption on a weekly basis via its blog and has made available for download a list containing all publishers who have an ads.txt file, as observed by Pixalate, which is updated weekly.

The 2017 Ads.txt Trends Report compiles this months-long research into a concise report detailing the rise of ads.txt over the final months of 2017 — and where it stands as the year ends.

Inside the report, you'll find...

These Stories on Research Reports