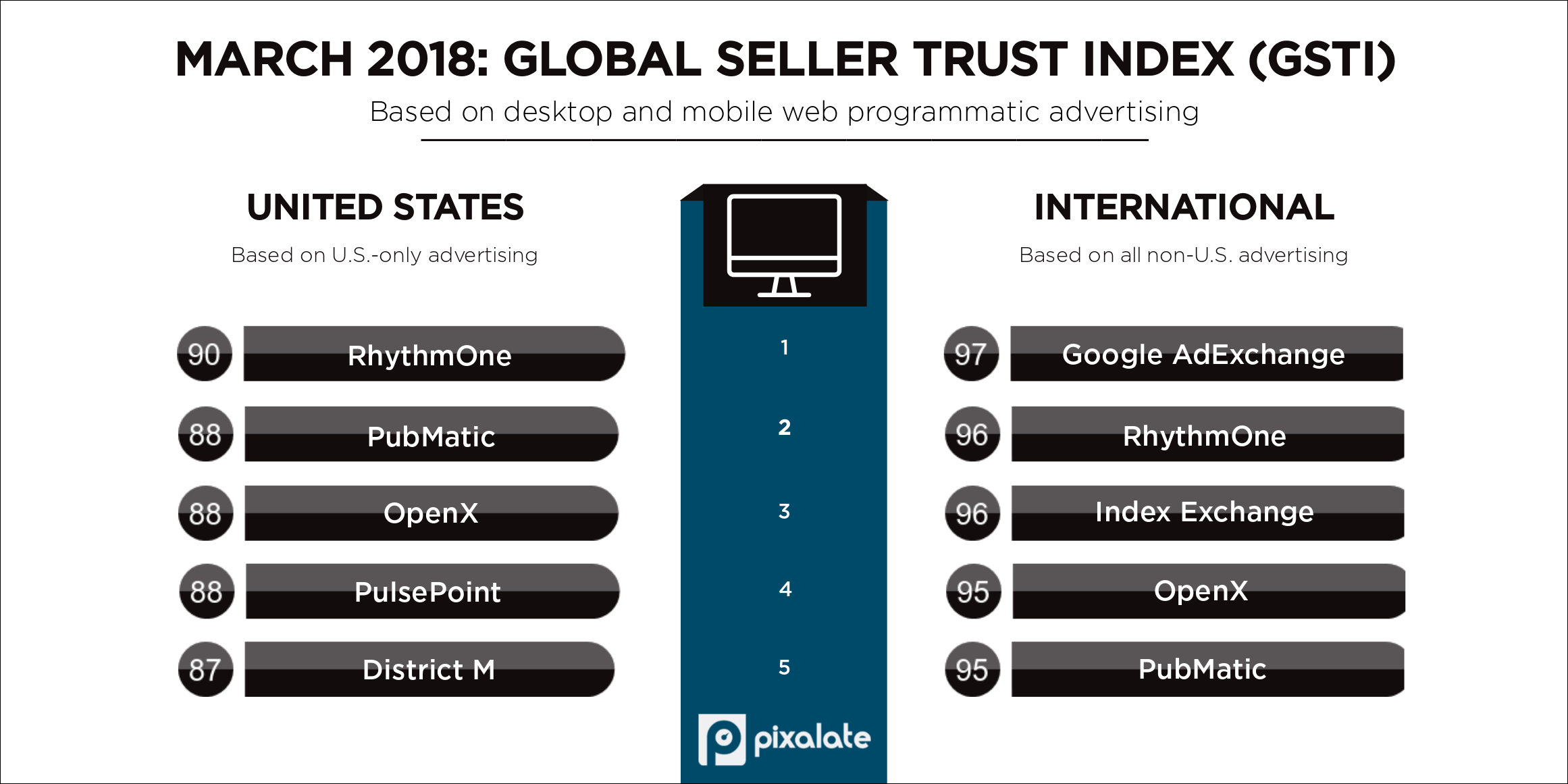 Q1 2018 GSTI: US has greater variance in programmatic seller quality

Pixalate this week released the Q1 2018 Global Seller Trust Index (GSTI), which ranks the overall quality of programmatic sellers based on desktop and mobile web inventory. Our GSTI includes a U.S.-only set of rankings and an International set of rankings (all countries except for the U.S.).

Here are the top five sellers based on overall inventory quality from the U.S. and International in March 2018: 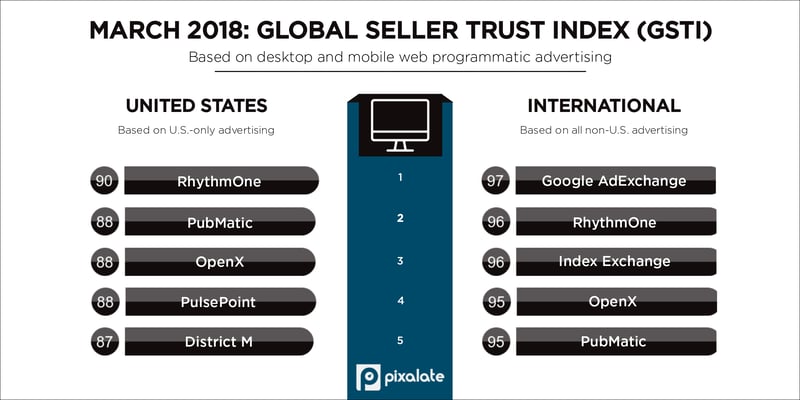 The winners are doing well both in the U.S. and globally

The top companies utilize MRC-accredited invalid traffic (IVT) detection and prevention tools and continually update their practices to stay ahead of the latest threats. Their dedication to thwarting ad fraud is paying off both in the U.S. and abroad.

The U.S. has greater variance between high- and low-ranking sellers (compared to the rest of the world)

While the top of the rankings feature similar companies in the U.S. and abroad, our index data reveals that there is far greater variance between high- and low-ranking sellers in the U.S., compared to the rest of the world.

The high-ranking platforms in the U.S. are significantly better from a quality perspective compared to the low-ranking platforms. Overseas, the difference isn’t as stark, as platforms appear to be more competitive with one another when it comes to inventory quality. 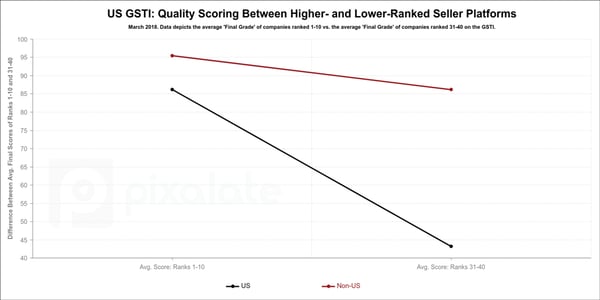 This does not mean that non-U.S. countries have better overall quality than the U.S. (or vice-versa). However, it does suggest that on the international level, there is less risk overall in terms of seller selection because any given seller isn’t quite as different from any other seller (compared to the U.S.).

It is possible that stricter privacy and information security regulations (e.g., EU General Data Protection Regulation (GDPR), ePrivacy Directive, and Australian Privacy Principles) in the EMEA and APAC regions — compared to the U.S. — have led to less variance between programmatic sellers.

Our indexes reveal that the most trustworthy programmatic sellers remain at the top of the rankings because they utilize MRC-accredited services to detect and prevent invalid traffic (IVT) and ad fraud. This dedication to quality leads to high ranks both in the U.S. and abroad. Pixalate’s Ad Fraud Analytics and Pre-Bid Blocking solutions can help any programmatic buyer or seller improve their overall quality.

Global quality ratings are based on an analysis of overall effectiveness assessing multiple factors, such as viewability, fraud, engagement, domain masking, network quality and more, in compliance with recognized industry standards.

To learn more about the methodology and to download the expanded list of top sellers, visit http://www.pixalate.com/sellertrustindex.