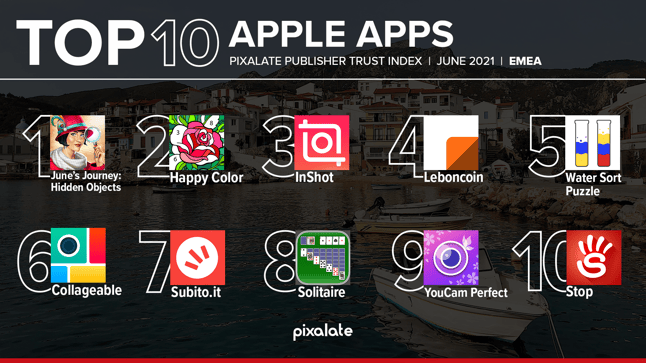 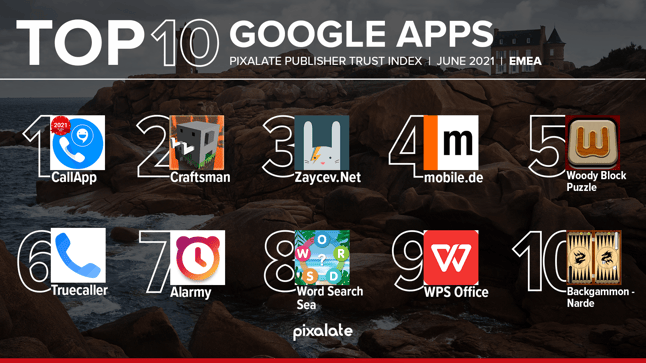 Earning an 'A' grade in all quality metrics

June's Journey: Hidden Objects reached the top of Apple App Store EMEA ranking by an excellent and versatile performance across all measured metrics. It was the only EMEA mobile app to score more than 90 in all categories. It is worth noting that the German app achieved this for the second month in a row.

On the other hand, the EMEA Google Play Store index in June 2021 is led by CallApp. The Israeli app achieved the top spot by a strong performance across all metrics, especially Popularity (97), Brand Safety (99), and Viewability (93). A jump from 8th position in May ranking was aided by improvement in Invalid Traffic (IVT) category (from 80 to 86).

Leboncoin returned to the top 10 of the EMEA Apple App Store ranking after a month's break from the top 10. The French app scored at least 94 in four categories, including a 96 in IVT - the top mark from all apps within the top 10.