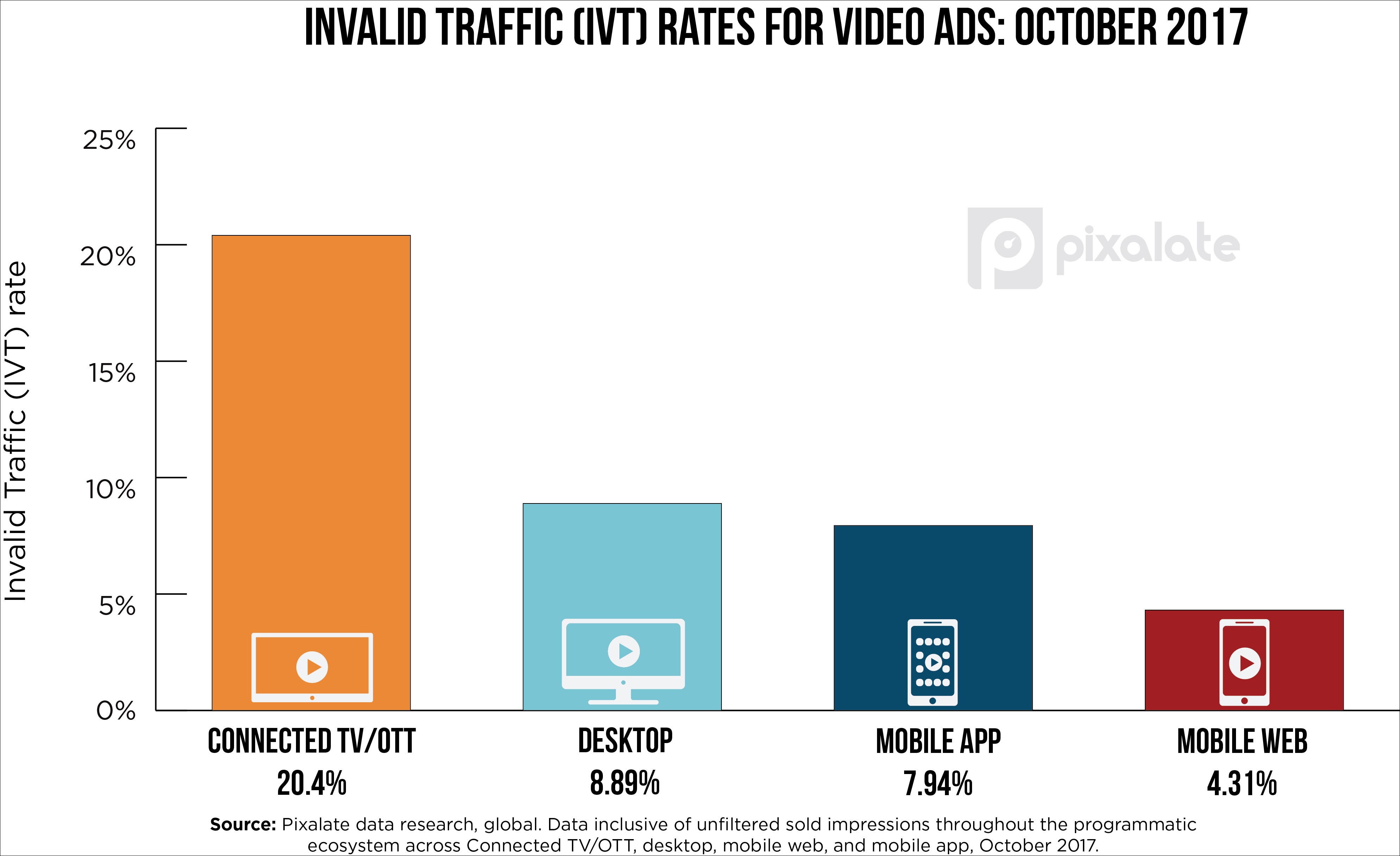 Programmatic video ad fraud: Over 20% of OTT impressions are invalid

"Fraudsters are pivoting to video, which is bad news for publishers looking to siphon cash from the growing pot of video ad spend," wrote Digiday in a recent article overviewing the state of video ad fraud.

According to eMarketer, digital video ad spend will reach $15.42 billion this year, rising to $22.18 billion by 2021. But despite this rosy outlook, invalid traffic remains a concern, and the fraudsters are set to profit if marketers don't get smarter about the risks of ad fraud in video.

Video is a cross-device, cross-screen form of entertainment, and the fraudsters are active in all mediums. 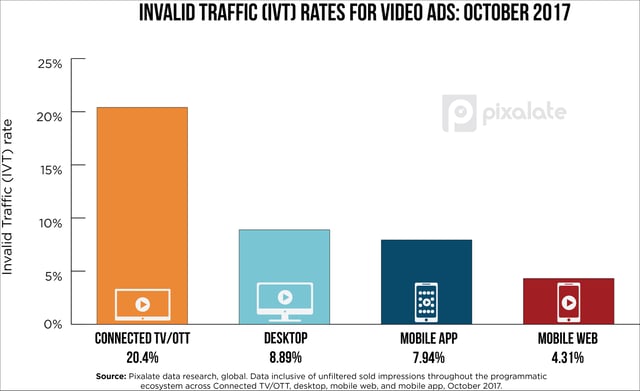 Nearly 97% of Connected TV/OTT ads are video. This is a premium format and can draw extremely high CPMs, which attract fraudsters.

Marketers should shore up their Connected TV/OTT anti-fraud practices, or else the pending boom in ad spend will cause a lot of money to be lost to fraudsters.

Mobile in-app video IVT rates at 8%, while mobile web checks in just below 5%

The size of video ad fraud depends on the environment

As Pixalate's data research into October 2017 programmatic video trends reveals, IVT for video ads can vary greatly depending on the device and environment.

Notably, Connected TV/OTT — one of the environments set for the largest increase in video ad spend over the next half-decade — is one of the riskiest in terms of invalid traffic.