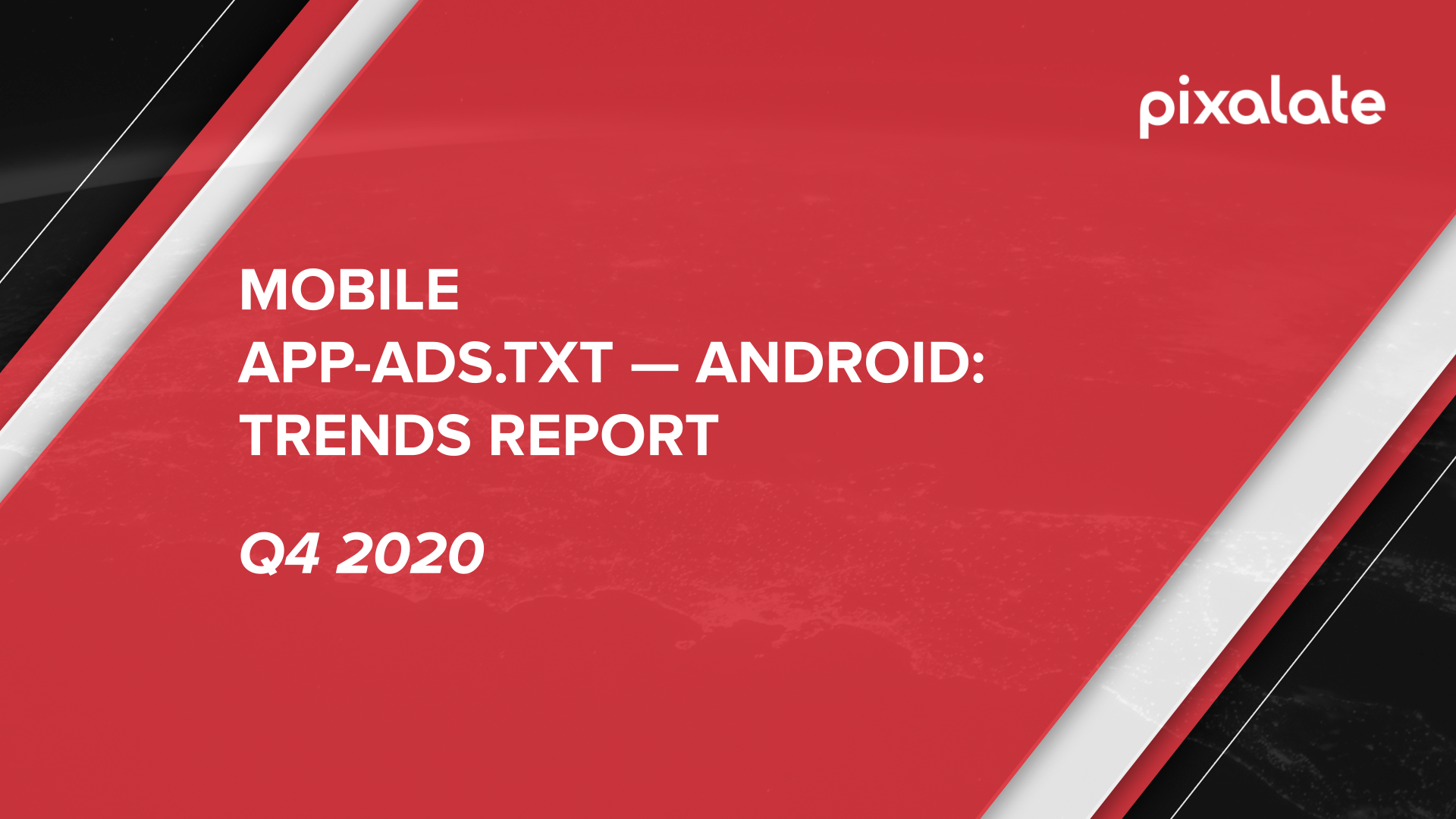 The reports analyze the state of app-ads.txt adoption among mobile apps in the Google Play Store (“Android apps”) and Apple App Store (“iOS apps”) in 2020. The IAB Tech Lab’s Ads.txt / App-Ads.txt programs aim to “increase transparency in the programmatic advertising ecosystem” by allowing traffic rights owners “to publicly declare the companies they authorize to sell their digital inventory.”

*Note: “Top apps” are based on the number of programmatic ads sold, net of invalid traffic (IVT), as measured by Pixalate.

What's inside the reports:

Pixalate, a global ad fraud intelligence and marketing compliance platform, works with brands and platforms to prevent invalid traffic and improve ad inventory quality. We offer the only system of coordinated solutions across display, app, video, and OTT/CTV for better detection and elimination of ad fraud. Pixalate is an MRC-accredited service for the detection and filtration of sophisticated invalid traffic (SIVT) across desktop and mobile web, mobile in-app, and OTT/CTV advertising. www.pixalate.com

The content of this press release, and the 2020 Mobile App-Ads.txt Adoption Reports (the "Report(s)"), reflect Pixalate's opinions with respect to factors that Pixalate believes can be useful to the digital media industry. The data has not been audited or reviewed by a third party, but the research and insights are grounded in Pixalate's proprietary technology and analytics, which Pixalate is continuously evaluating and updating. Any references to outside sources in the Reports and herein should not be construed as endorsements. Pixalate's opinions are just that – opinions – which means that they are neither facts nor guarantees. Pixalate is sharing this data not to impugn the standing or reputation of any entity, person or app, but, instead, to report findings and trends pertaining to apps available on the Apple and Google Play stores and the inventory supply partners of such apps, derived from each app's app-ads.txt file. Pixalate does not independently verify third-party information (e.g. whether the information specified in app-ads.txt files is complete, current and accurate).