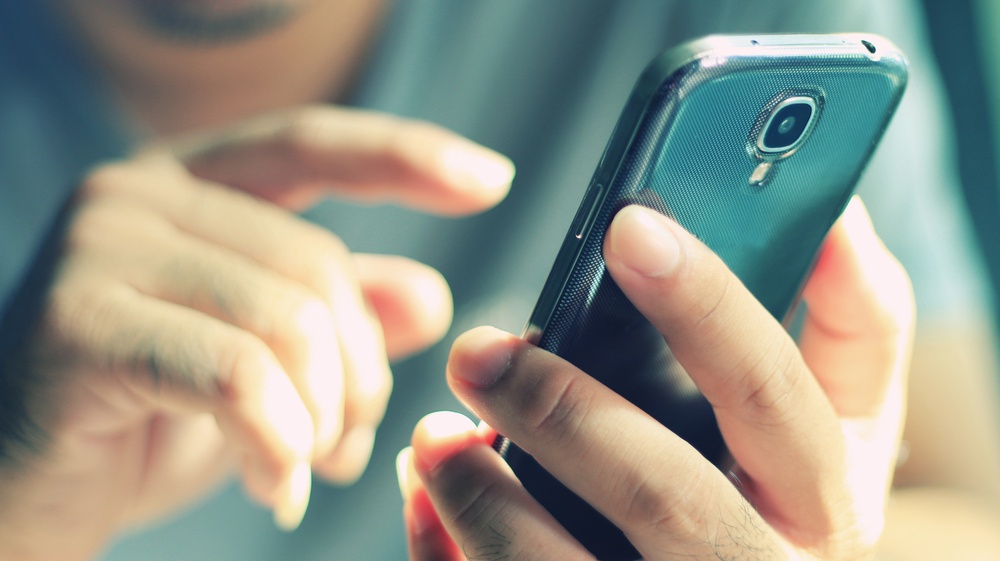 Our recent series of blog posts on click fraud in programmatic has established that click fraud is a growing problem across devices — smartphones, tablets, desktops, and event Connected TVs/OTT — and channels, including video and display.

But within those devices and channels, which ad units are fraudsters targeting most often? Pixalate examined a few of the most common ad units bought and sold via programmatic on desktops, smartphones, and tablets to answer the question.

When it comes to some of the most popular ad unit sizes on smartphone devices, fraudsters are clearly drawn to one size in particular: the 480x320 unit. 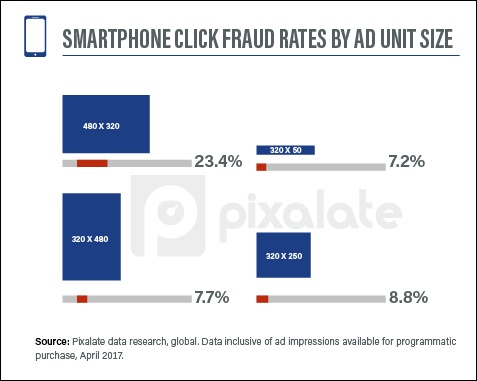 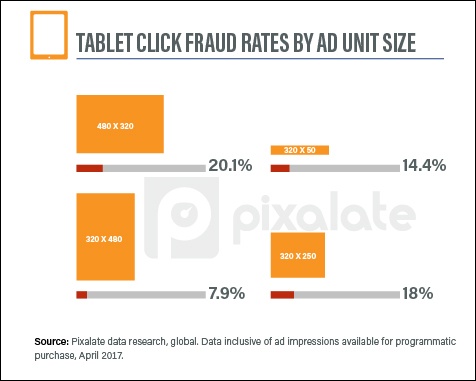 Desktop click fraud by ad unit sizes: Over 75% of clicks on the 300x600 unit are fraudulent

For three of the most popular desktop ad unit sizes traded via programmatic, over half of the clicks they receive are fraudulent. 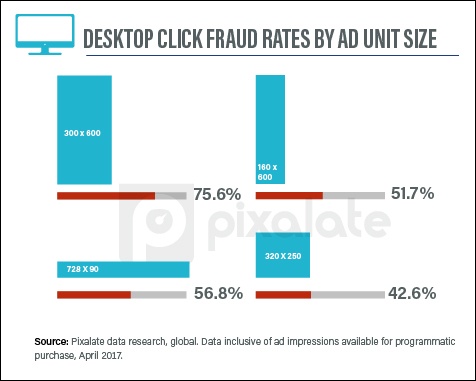