Welcome to Pixalate’s Mobile App Manual Reviews According to COPPA, a series containing the detailed factors the Trust & Safety Advisory Board educators used to assess an app’s child-directedness.

The educators manually review thousands of apps available in the Google Play & Apple App Stores using the COPPA Rule factors shown below & make those results available to the public at ratings.pixalate.com.

This post takes a look at two popular mobile apps from the Google Play Store. Our reviewer discusses how the subjective factors set forth in the COPPA Rule apply to each app and factor into the reviewer's determination as to whether the app is child-directed or general audience (i.e., it is not targeting children). 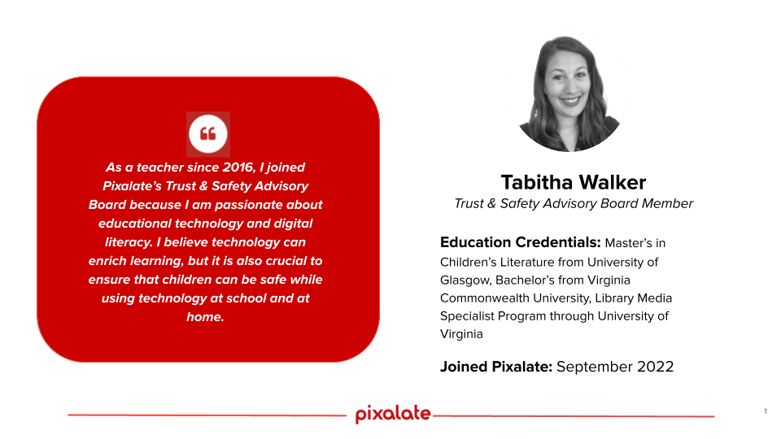 My Smart Dog: Virtual Pet is a child-directed app which allows the user to take care of a virtual dog. The brightly colored dogs are animated with huge eyes, makeup, and hair accessories that would appeal to younger children. The background artwork paints a carefree and happy picture of a house filled with brightly colored furniture that matches the colors of the dogs and numerous toys. Floating bubbles in the bathtub and puffy clouds outside complete the kid-friendly background visuals.

While using the app, a simple tune plays on repeat. Young children would catch on quickly to the tune and enjoy the repetitive nature, while it would probably send parents searching for the settings to turn it off. Additionally, the puppy often makes small sniffing and barking sounds to attract attention and indicate what it would like to do. When achieving a new level there is a different little song that plays while fireworks go off in celebration.

There are numerous reviews from parents writing how much their children - some as young as three - enjoy the app. There are also many reviews that appear to be written by younger children based on the language and the abundance of emojis. This app has a U.S. content rating of E and a European PEGI rating of 3 years old and up.

While I view this app as child-directed, it is worth noting that the video advertisements are shown sporadically while playing and are not necessarily targeting children. While there are some advertisements for other apps that appear child-friendly, generally most of the ads are for common household products, such as toilet paper or news channels.

According to the privacy information listed for the app in the Google Play store, this app does not collect or share any user data. 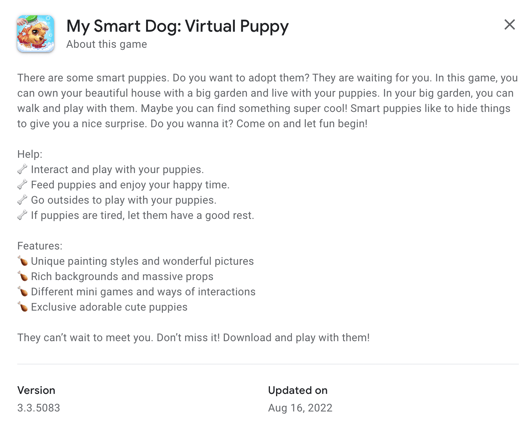 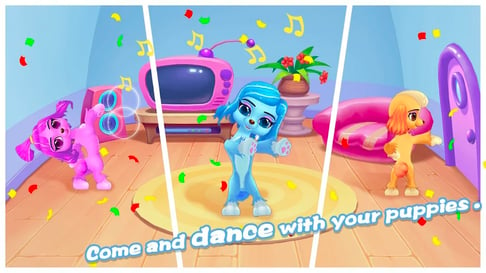 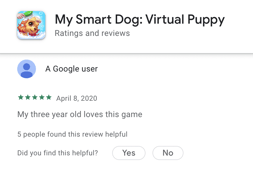 This child-directed app allows the user to interact with a cartoon donkey, distort their voice, and play minigames.

The animations are child-friendly, with a smiling donkey that dances around on the screen, drinks a bottle, and interacts with an animated mouse. There are numerous minigames that can also be played that are full of animated animals and creatures. Even the loading screen is an animation of Donald Donkey’s head spinning around in circles.

The main interactions with Donald Donkey focus on the donkey’s sounds, such as singing notes when a piano is played, snoring while sleeping, or music that he is dancing to. Users are able to record themselves talking and let Donald Donkey repeat it back in a deep voice, something that would keep children entertained. When playing the mini games there is simple background music that differs in each game, some a simple drum beat and others upbeat circus music. The mini games also have the individual characters making little noises, indicating cheering or irritation depending on how the user is performing, something that would motivate children while playing.

The advertisements seemed to be mostly geared toward young children, including ads for other child-directed apps and toys. However, there are also ads for things that would appeal to parents, such as guitars, hotel chains, and computer software. There is an option to pay to upgrade to an ad-free version of the app, although the cost is not clearly stated.

According to the developer’s privacy information that the Google Play store links to, this app does not collect any data from users under 13 years of age. The app has a neutral age gate in place that allows users to enter an age under 13. 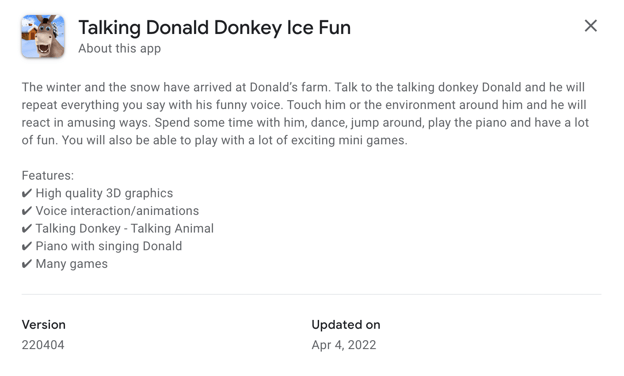